SS Rajamouli's father and writer KV Vijayendra Prasad confirmed that he is working on the script of Akshay Kumar's 'Rowdy Rathore 2.' 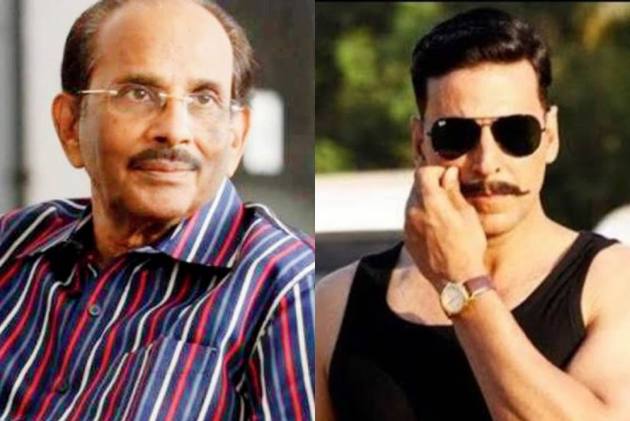 According to an ETimes report, KV Vijayendra Prasad stated that Sanjay Leela Bhansali approached him about the sequel. According to reports, the writer plans to finish the script shortly. Prasad also wrote the Telugu script for the original 'Rowdy Rathore' film, 'Vikramarkudu.' The sequel, however, would only be made in Hindi.

According to the report, Kumar and Sonakshi Sinha would continue to play the key roles of Shiva and Paro, respectively, as they did in the previous film. The film, however, will apparently not take up where the first portion left off and would instead follow a fresh storyline. By the end of 2022, the film should be under production.

Earlier, in an interview with Pinkvilla, the writer KV Vijayendra Prasad had disclosed that he was trying to write a story for a sequel to ‘Bajrangi Bhaijaan’. “I am trying to crack Bajrangi Bhaijaan 2. Sometime back, I told Salman the idea and he is also excited. But I am looking for a proper vehicle to carry it forward. I hope it materialises,” Vijayendra Prasad had said.

Although filmmaker Kabir Khan, who helmed the Salman Khan-starrer, revealed that the script is not yet ready, nor has the idea been formed.