'RRR' directed by SS Rajamouli was supposed to be released on January 7, but the rise of coronavirus infections across the country forced the producers to postpone it indefinitely. 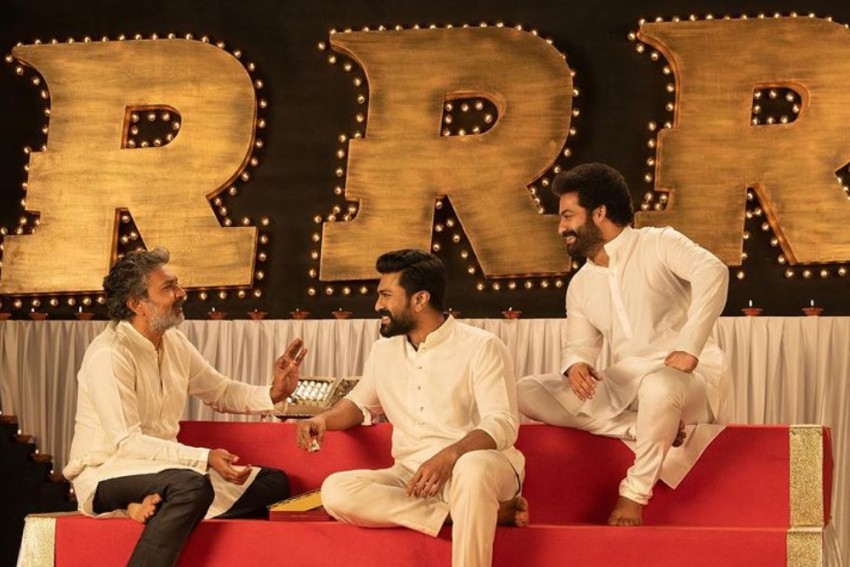 With the advent of the omicron variant of Covid-19 in the nation, it appears that theatres may be forced to close once more. The creators of the Telugu film 'RRR' are not happy with the current development.

SS Rajamouli directed 'RRR,' stars Jr NTR, Ram Charan, Alia Bhatt, and Ajay Devgn. The film was supposed to be released on January 7, but the rise of coronavirus infections across the country, as well as the resulting restrictions, forced the producers to postpone it indefinitely.

According to Bollywood Hungama, around Rs 18 to 20 crores were spent on Rajamouli's much-anticipated magnum opus's promotion. According to the source, Rajamouli was passionate about the release this time and had the support of everyone involved in the project, including the producers and actors. When the Covid-19 pandemic worsened, Rajamouli had no choice but to accept the situation. The producers have spent a staggering Rs 18-20 crores on a promotional campaign that has so far garnered no significant results for the January 7 premiere. The budget reportedly includes a Rs 2-3 crore outlay to send Ram Charan and Jr NTR supporters to promotional activities outside of Andhra Pradesh.

The cast of 'RRR' has recently been seen in various interviews with news outlets and on shows such as 'Bigg Boss' (both Telugu and Hindi), 'The Kapil Sharma Show,' and others. The report further stated that the filmmaker was aware that 'RRR's two major actors did not have a significant following base outside of Andhra Pradesh. Andhra fans were flown in and put up in luxurious hotels for media and marketing events in Mumbai and other places outside the state, and all they had to do in exchange for the hospitality was praise, cheer, and whistle for the performers.

Meanwhile, according to a report by News18, Ram Charan and Jr NTR are "depressed" and have stopped meeting people since the film's delay. “They are on the verge of a nationwide glory. The promotions were happening like a fairy tale. But everything has changed now. Disappointed is a small word. Depressed is the right one,” a source said. It's worth noting that neither star has tweeted about the film since it was postponed.

The original release date for 'RRR' was October 13, 2021, however, it was postponed due to COVID-19 prohibitions on mass gatherings in the aftermath of last year's terrible second wave.