Actress Alia Bhatt opened up on how her co-actor Ram Charan ignored her on the sets of their upcoming film 'RRR'. Here's what Charan had to say. 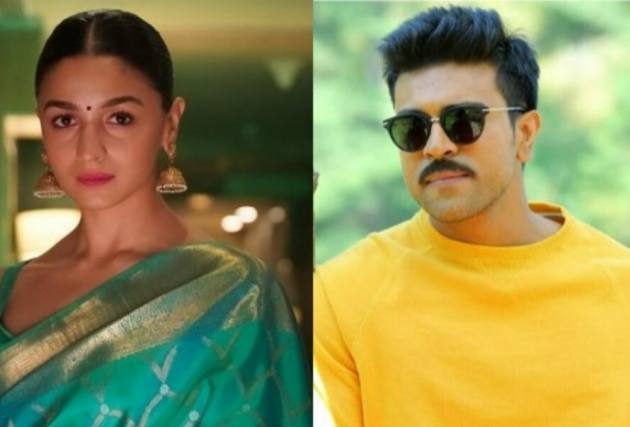 Bollywood actress Alia Bhatt said she was ignored by actor Ram Charan on sets of 'RRR' and that he hardly spoke to her at RRR's event in Hyderabad on Saturday.

Reacting to this, Charan said "I was feeling shy because you are so beautiful."

Bhatt also revealed how  Charan and Jr NTR are completely different but always on the same wavelength, "They only pull each other's leg."

Furthermore, she continued  "They were teasing each other and I realised their bond is so special that they were not interested that I was there and they only wanted to talk to each other. But finally when we shot the song, I said, "I'm not understanding anything what you guys are talking, could you please translate and Ram Charan sir did for me but Tarak still didn't." To this, both Charan and actor Jr NTR burst into laughter.

Meanwhile, Bhatt expressed her delight at being a part of a Telugu film, saying, "I don't want to restrict myself only to Bollywood movies. Only a director has to decide about my role in a film. Director's vision is important. I am ready to act. It was a nice experience acting in 'RRR' and the film's team took good care of me. I was touched to see the love of fans. I would like to act in more south Indian movies."

'RRR' is a fictional story about Alluri Sitarama Raju (Charan) and Komaram Bheem (NTR), two Indian revolutionaries who fought against the British Raj and the Nizam of Hyderabad, respectively.

Recently, the much awaited trailer of 'RRR' was released. Have a look if you haven't already.