The trailer of the film has also gone viral amassing a staggering number of likes and views on Youtube in the timeframe. 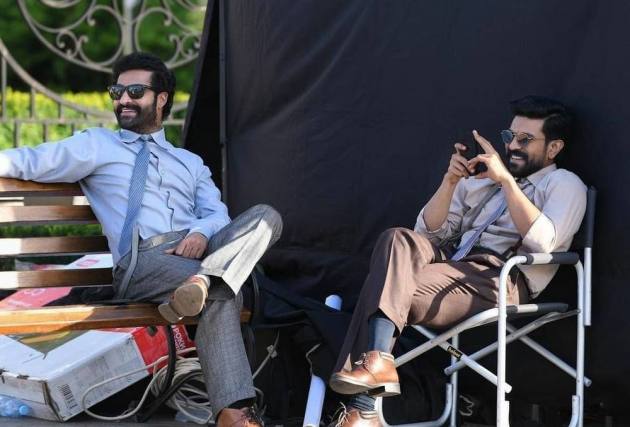 The trailer of director S.S Rajamouli's much-anticipated film, 'RRR' has been released today. 'RRR' is Rajamouli's first film following the massively successful 'Baahubali' franchise, therefore anticipation is great. The film has a star-studded cast and has got netizens already buzzing as several of them have taken to social media with their first reactions of the trailer.

Rajamouli appears to have gone to great lengths to make 'RRR' an international production in terms of scale and scope. It appears to be a cinematic spectacle to begin the new year.  He's known for big-screen productions, and this one appears to be no exception.

'RRR' is a fictitious storey based on Alluri Sitarama Raju and Komaram Bheem, two Telugu freedom fighters. While Ram Charan will play Sitarama, Jr NTR will portray Komaram in 'RRR'. The trailer of the film has also gone viral amassing a staggering number of likes and views on Youtube in the timeframe.

The buzz around this film has got netizens hyped for its release. Several fans took to Twitter to comment on the trailer of the film. See their reactions here:

#RRRTrailer left me SPEECHLESS ! What a Visual EXTRAVAGANZA Maestro @ssrajamouli has created..#JrNtr & #Ramcharan looks at the top of their game.. action scenes are absolutely breathtaking.. This one will shatter old records & create new one’s.. #RRR https://t.co/ZE0WHR2Gms

After missing multiple cinema releases owing to the pandemic, the film, which is being produced by DVV Danayya of DVV Entertainments, will release on January 7th, barely a week before the Sankranti celebration. At the box office, the film will compete with a number of other huge blockbusters, including Prabhas' 'Radhe Shyam' and Alia Bhatt's 'Gangubai Kathiyawadi'.