The actor who is playing the lead character in a TV show for the very first time in her career talks about the pressures and expectations that came along with the role. 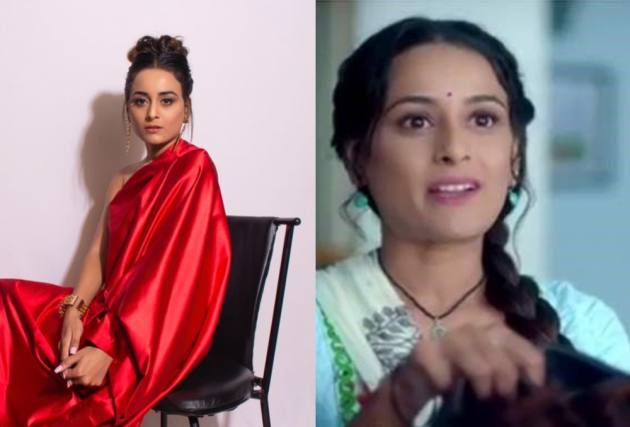 TV actor Sneha Jain is “happy” with the response she has received so far for playing Gehna Desai in the popular TV show ‘Saath Nibhana Saathiya 2’, which has been airing on TV and streaming platform since October last year.

“I have been receiving an overwhelming response from the people. Initially, people weren't that acceptable as they were expecting the same cast I guess, as the prequel had many loyal fans from a long time. So, there was a pressure of shouldering the show as a fresh face. But later on, people started appreciating me after seeing my work. I'm really happy as I'm always open for positive comments as well as criticism. At least people are watching and giving me review. As an artist, my duty is to entertain people,” she says.

Jain says she she understood audience expectations from her as wel ass the show, since it was a sequel to the popular and long running TV show, ‘Saath Nibhana Saathiya’.

“The expectations were really high from makers as well as audiences to surpass the previous show in terms of TRP. Since this was my first show as a lead so I myself was giving a pressure to me to carve my niche in the industry as well as people's heart. So yes, it’s a great responsibility,” says Sneha who also reveals that she is exactly like her onscreen character in real life, which is what made her take the role.

“It's my first show as a lead. The simplicity of the character attracted me a lot. When the producer narrated the character to me, I related so much with Gehna. There are too many similarities between Gehna and me in real life,” she says.

“Now I'm on a stage where I'm living the character Gehna where I know how she will react to a situation. So, I'm okay with the pressure that comes with the role, as every day I strive to give my best," she signs off.