‘Bigg Boss 15’s first eliminated contestant, actor Sahil Shroff, reveals to Outlook where he went wrong. He admits that the TV celebs in ‘BB’ house get an advantage because of their immense popularity. 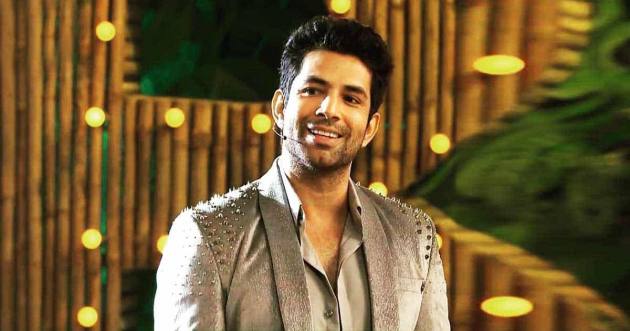 Actor Sahil Shroff became the first contestant to be eliminated from the ‘Bigg Boss 15’ house. In an interview with Outlook, he opens up about not being upset that he is evicted, about the controversy around Pratik Sehajpal breaking the bathroom lock, about Donal Bisht and Akasa Singh being the weakest contestants, and about how he gave up a show just to be in ‘Bigg Boss 15’. Excerpts:

You got evicted on the very first weekend. Are you upset?

I am not upset about the eviction. I have a very good life outside, to be honest. In the very first week, you tend to miss the outside life, and I am happy to be back. Strangely, I was needed outside. I did not realise that I had some work to do with my family. They needed me and I am happy.

Did you expect this eviction because most of the inmates were TV faces, and you and Shamita were probably the only celebs from films?

No one expected the eviction. I was making inroads. I was establishing myself as a contender. Maybe I was slightly slower than the others. But, some sensible people in the house, looked at me and said that 'You are doing the right thing and you are coming out on the right way.' On the outside, it is true that the TV people have a huge fan following.

My family reacted very well. My mum was very happy that I was back. She had to do some work, something she had to handle by herself, and she was really really happy to see me back home. But she wanted to understand what happened. The family was very supportive, and it was a good reaction, which means that it is the right thing that is happening.

With whom did you bond the best inside the house? Maybe someone whom you would be friends with even outside BB…

Quite a few actually. That was my whole way of approaching things. I made quite a few friends. Seeing the reactions of people when I left, you can notice this thing. Karan, Miesha, Ieshaan, Simba, Vishal - I think I got along well with everyone. I just was making inroads to the rest of them as well (before I got eliminated).

Whatever it is, it is. I think Donal and Akasa were not playing the game compared to me. I was involved in every single aspect of the tasks and whatever we had to do. I was very supportive towards the house, not that they were not. Just that, I think, I was playing the game a little more.

Do you think what Pratik did by breaking the bathroom door’s lock while Vidhi was inside was correct? Or was it going overboard just for the heck of the game?

So Pratik's situation is very funny. When you are in there and you look at it and when you are outside and you see the footage, it completely looks different. It is never the right thing to open the lock when someone is in the bathroom. Either you knock or you ask them to come out or you do something like that. But it is a game after all, and I think Pratik has heard a lot from Salman Khan already about this. So, it's just to be left in the past. But yes, he should have been nominated. It just puts everyone on the playing field - the 13 contestants and him, I think, that would have been fair.

Where do you think you went wrong?

I don't think I went wrong anywhere. I just have a different style. I feel that Big Boss was open to someone like me coming in, and making inroads in time. I was showing my colours, but for some reason, that was not shown (on TV). It was shown on Voot though, but some of the things that I did was not shown (on TV). So, I don't think I went wrong somewhere. I was moving in the right direction. It's just that when 13 contestants get nominated (someone has to get evicted). So, I don't think I did anything wrong, except for maybe not screaming at the top of my voice, which is not something that I do.

Do you think Bigg Boss is a format not meant for you?

The format is not meant for me only because of the way we as an audience only want to see people in arguments or fights. Otherwise, I understand the format very well. Maybe it was just not meant for me.

If you had to do it again what would you change?

If I had to do it a second time, I wouldn't change anything. I would still be myself. I would maybe tweak a few things, which was happening and it was going to happen more. So, I would just start from that point itself. I have understood what is happening. So now, it is easy.

Oh, lots of positives. My life is so good outside. I just realised the things that I value the most.  I am putting my best foot forward. A positive about myself is that I did not change just to show myself (on-screen). I was maintaining who I am and I kept my head held high. I always walked with my head held high and I am happy with that.

Right now, I cannot think of the wild card entry. I am enjoying the finer things of life. If a wildcard entry is supposed to happen, we will see. If it's not, fair enough.

Why do we see you so less in films?

You see me less onscreen because I was in America. I have done two movies over there. One of them is on Amazon (Prime) right now. I moved back to India about three and a half years ago and almost one and a half or probably two years of that was pretty much dead in the mud because of their Coronavirus. I have done web series. I have done a lot of work since the time I have come back. You will see me in a lot of it now.

Are the film offers drying up?

No, it is not drying up. I have been away and I have come back now. Things are starting to shape up and hopefully more to come (soon). I hope you would not have to ask this question in a year or two (laughs).

I basically gave up a show for 'Bigg Boss' because no one thinks you will be out in a week. You mentally commit yourself for three months. So, once this week gets over and the interviews are done, and some other contestant gets out, I will be able to take a breather and then move forward.