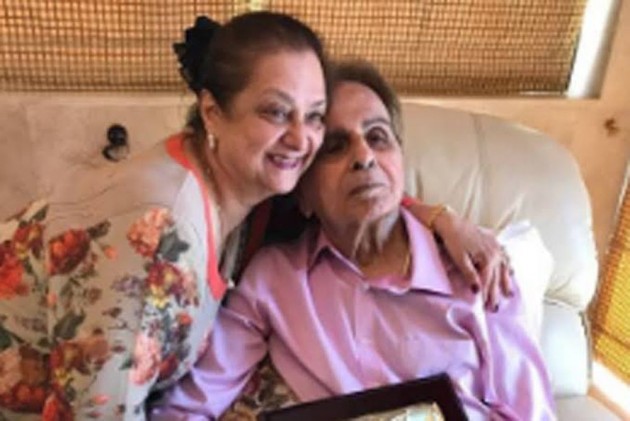 As he turned 96 on Tuesday, Bollywood legend Dilip Kumar continues to get the love of his fans who have embraced his prolific performances in a glorious career that has earned such epithets like Indian cinema’s Kohinoor and Tragedy King.

Instead of having a glitzy affair, Dilip Kumar was surrounded by his family members and close friends on his special day. His friend Faisal Farooqui told IANS: “Saab has never wanted to celebrate birthdays. The last birthday we celebrated as a big event was his 89th birthday, which was in 2011 and of course, saab enjoyed that. Dilip Saab is not a big fan of celebrating birthdays.

“He has not done that in a very long time and birthdays are occasions where the family gets together and some close friends get together. So, Saab’s brothers and sisters would come, (his wife) Saira Banuji’s extended family will come and then my family and some close friends gather together. Even when Saab was active socially and personally, he was not fond of big celebrations. So, doing justice to that tradition, Sairaji has not planned anything big.”

Saira, 22 years younger to Dilip Kumar, has been like a rock in supporting the icon, who has been in frail health over the past few years. She will host a dinner with around a dozen people at their residence, Farooqui said, adding: “He is recuperating in such a way that he does not need any hospitalisation now. He is at home and has a restricted diet, which is taken care of by Saira Banuji.”

Dilip Kumar’s condition has been a concern to fans. In September and October, he was admitted to a hospital for recurrent pneumonia. But he is now at home and recovering.

“He has not fully recovered but he is making great progress. Saab is resting at home, having his meals, interacting, but obviously one of the things that the doctor has advised us to be cautious about is the infections. So, we curb the access of a lot of people to meet him.”

From the film fraternity, Bollywood celebrities like Shah Rukh Khan and Aamir Khan have visited Dilip Kumar in the recent past, but the fear of catching an infection through outsiders keeps the family away from letting people come too often.

“Sairaji keeps getting these messages praying for his speedy recovery. A lot of stars and ordinary people too express their desire to meet him. Physically, it gets difficult to allow a lot of people to get to meet him.

“Priyanka Chopra had come to Mumbai from the US a couple of months ago for a short trip and made a point to meet them. Before that, Shah Rukh had come to seek Saab’s blessings and spent some time. Irrespective of the name, whether it is SRK, Priyanka or Aamir, what is important is that he has the love of people all over and all around.”

Filmmaker Subhash Ghai, who directed Dilip Kumar in films like Saudagar, Karma and Vidhaata, said it pains him to see the “emperor” of Indian cinema, in such a weak condition. During an earlier chat with IANS, he had turned emotional when asked if he had met Dilip Kumar in recent times.

“I love Dilip sahab so much that I don’t feel like meeting him anymore. I can’t see him like this. When I see him, I feel like crying because we know each other since 20-22 years and I have loved him like my brother. He is unable to recognise me, he does not recognise anyone... He is becoming weaker and by looking at him, I think to myself that never ‘be boastful in life’,” Ghai said.

“What he has done for films... He will remain the emperor of cinema because an emperor is the one who is followed by other kings. About 11 Dilip Kumars were born under his reflection, and they have become superstars today. He is an institution in himself,” he added.

Dilip Kumar, whose real name is Muhammad Yusuf Khan, was born in Peshawar. He ventured into acting in 1944 with Jwar Bhata and later featured in cinematic jewels like Babul, Devdas, Mughal-e-Azam, Shakti and Saudagar among many others.

His last Bollywood outing was in 1998’s Qila. In the past few years, Dilip Kumar has kept his fans abreast through his Twitter account, mostly run by Saira and Farooqui.