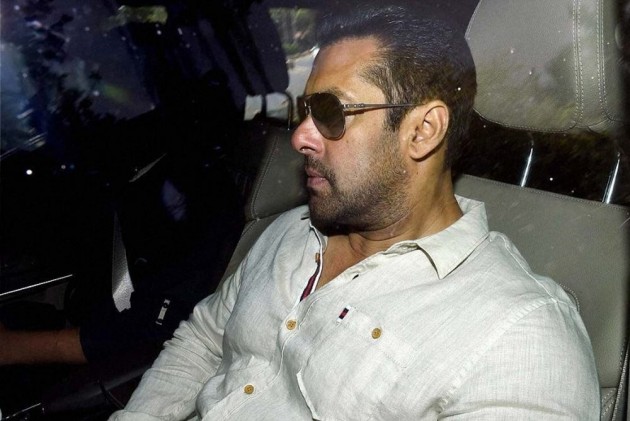 A Jodhpur court on Monday acquitted actor Salman Khan in a case related to submitting a false affidavit in court.

In 1998, Khan was booked in three different cases in blackbuck poaching case related to the shooting of the film, 'Hum Saath Saath Hain'. In one of the cases, he was booked under the Arms Act. During the hearing of this case, he was asked to submit his arms licence.

The state government made the accusation after the actor submitted an affidavit in court claiming that he had lost his weapon's licence when it had actually gone for renewal.

The prosecution asked the court to take action against Khan under Section 340 of the Code of Criminal Procedure in 2006.

However, defence counsel Hastimal Saraswati argued that Khan had no intention of misleading the court and his licence was actually missing at the time he was asked to submit it. any proceeding against him would be unjustified.

Speaking exclusively to IANS, Saraswat said: "Soon after the Salman Khan was booked under the Arms Act, we asked him to send his weapon's licence. He searched for it at his home but could not find it as it had been submitted at Mumbai Police Commissioner's office for renewal."

"Khan however, forgot this and registered an FIR at the Bandra police station. We submitted the missing licence report in court along with the other documents. However, the DCP later sent the renewed licence, following which the prosecution accused Khan of submitting a fake certificate in court," Saraswat said.

"We argued that he had no such malafide intention. A person sometimes forgets where he has kept his documents. In such a case, he should not be persecuted but his intentions should be studied. All statements made by Salman were in harmony and there was no contradiction and therefore he was set free," he added.