Actor Salman Khan, who shares his birthday with his niece Ayat Sharma, had a grand birthday bash at his farmhouse in Panvel alongside his friends and family. 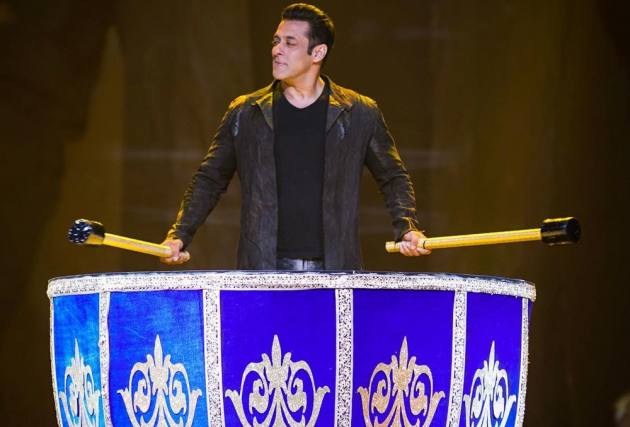 Bollywood superstar Salman Khan turned 56 today (December 27), and he celebrated his birthday with friends and family at his Panvel farmhouse, which was decorated in shades of pink and purple and dazzling fairy lights, followed by a midnight celebration.

Ayat Sharma, the actor's two-year-old niece, shares his birthday, and several photos and videos from his birthday celebrations have now surfaced online.

Ayat Sharma is the daughter of Salman Khan's sister Arpita Khan Sharma and brother-in-law and actor Aayush Sharma. In one of the viral videos Salman Khan can be seen cutting cake with Ayat Sharma in the party, while family members and guests clap and cheer for them.

Salman Khan wore a dark-colored bottom with shoes and a black t-shirt with a white faux-fur collar on his leather jacket.

In a viral video, Salman Khan also greeted the paparazzi who waited outside the farmhouse with a wide smile on his face. While one journalist described his smile as 'beautiful' and 'killer,' the actor answered, “Saap kaatne ke baad aisa smile bohot difficult hota hai (After being bitten by a snake, it’s difficult to smile like this.”The actor was bitten by a snake in the garden area of his Panvel farmhouse on December 25, and was taken to Mumbai's Kamothe hospital.

On the work front, Salman Khan’s most recent film appearance was in Mahesh Manjrekar's Antim: The Final Truth. The actor is set to continue filming on 'Tiger 3' with actress Katrina Kaif.