"You have fallen for her, but you have never supported her. You've never protected her or taken a stand for her," said Salman Khan. 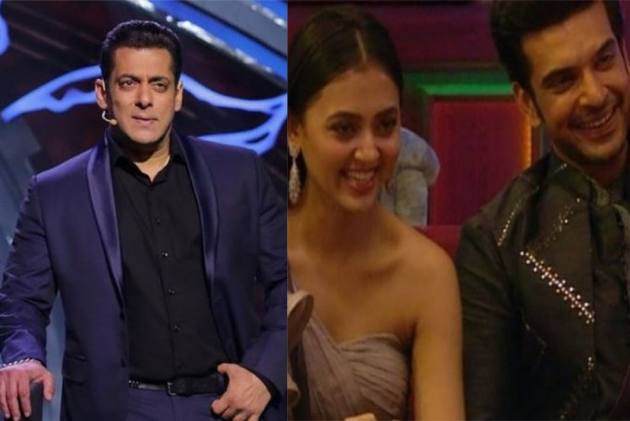 Salman Khan spent the whole of last night's episode of 'Bigg Boss 15' lecturing Karan Kundrra for not treating Tejasswi Prakash and his relationship with her properly.

Khan then presented examples of how Kundrra enjoys maintaining his friendships with everyone in the house, but he has an issue with Prakash feeling closer to Bhatt or Sehajpal. He inquired of Kundrra as to why Prakash feels the need to prove herself every night.

Kundrra was further blamed for calling Prakash immature if she has a problem with Shamita Shetty. Salman Khan pointed out Kundrra's double standards. He said, "You have fallen for her, but you have never supported her. You've never protected her or taken a stand for her."

Bhatt's view on Kundrra's nature outside the home and how different he is within the house was taken by Khan. Bhatt praised Kundrra and suggested that things might be different here due to the time and circumstances.

Kundrra eventually began to explain himself. ", he explained "I am protective about her. I stand by her. I have never felt like this." But he went on to say that he and Prakash don't think the same way about housemates, which is why they fight.

She also forgave Rajiv or Riaz for saying things against her as she knows their hearts and intentions. This made Salman joke, "Teja tum isko (Karan) kuch sikhati kyun nahi." He added, "Kundrra saab jaag jao, win from here."