It has been heard that Ranu Mondal, who recently went viral when a video of her singing the famous Lata Mangeshkar song, 'Ek pyaar ka naagma' has received a home as a gift from Salman Khan. 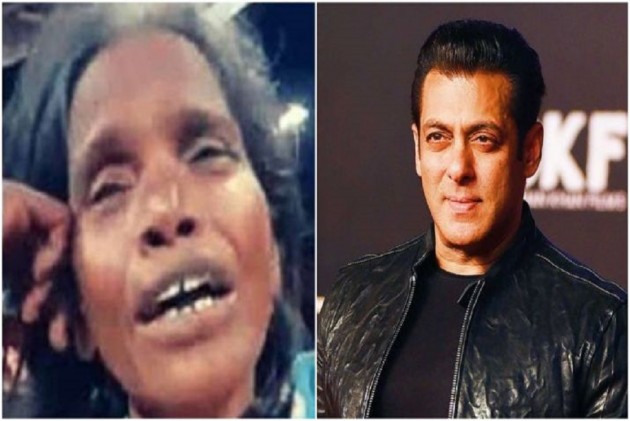 The overnight sensation, Ranu Mondal who was discovered on the Ranaghat station in West Bengal singing ‘Ek Pyar Ka Nagma Ha?’ She is been compared to the famous Lata Mangeshkar and has been offered a singing break with Himesh Reshammiya. It has also been heard that the singing sensation was gifted a house by Salman Khan worth Rs 55 lakh.

Salman Khan who is known for his charity and his helpful nature has also plans to record a song with Ranu for his movie Dabangg 3. However, Salman has not confirmed the news yet. Not only this, but she will also make an appearance on Superstar Singer and meet the kids and the judges, including Himesh.

Ranu’s life is nothing less than a fairy tale now. She was found on July 21at the Ranaghat Railway station by a man named Atindra Chakraborty who recorded her song on his phone and uploaded the video on social media. Soon after that the video went viral and today we are waiting for the new Lata Mangeshkar. The 59-year-old is living proof that if you have a talent, it may take some time for you to get discovered, but it can never be denied.