The who’s who of Bollywood came down to have some fun time at film producer Ramesh Taurani’s Diwali party. Here’s taking a look at all celebs that came in. 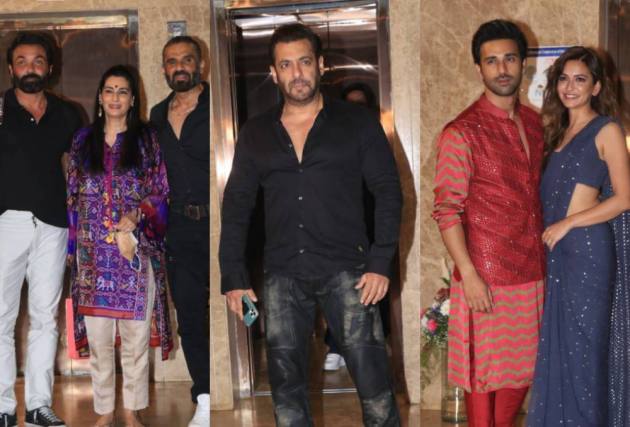 The celebrities dressed out in their ethnic best. Tusshar Kapoor was among them, and the actor turned to social media to share some amusing behind-the-scenes images from the celebration. Tusshar may be seen posing with her sister Ekta Kapoor and the host Ramesh Taurani in the photos. Tusshar looks sophisticated in a beige kurta combo.

Salman Khan looked handsome in black for Ramesh Taurani's dinner. Iulia Vantur, his rumoured ladylove, wore a black and white saree to compliment his outfit. While doing so, she gave the perfect retro style goals by reintroducing the polka dot trend.

On the work front, Salman Khan recently returned to India after wrapping up ‘Tiger 3’ filming with actress Katrina Kaif. According to media sources, the film would be shot in five different countries, including Turkey and Austria. The narrative of the film is unknown, but it is expected that the series would release another high-tech drama featuring Salman Khan's character’s secret escapades.