Salman Khan Knows Which Film To Do: Ali Abbas Zafar

The biggest characteristic of Salman Khan is that he learns any skill very quickly and adapts himself well for each role. From ‘Sultan’ to ‘Bharat,’ there were many difficult scenes, which were challenging for both of us. But he pulled them off them brilliantly. 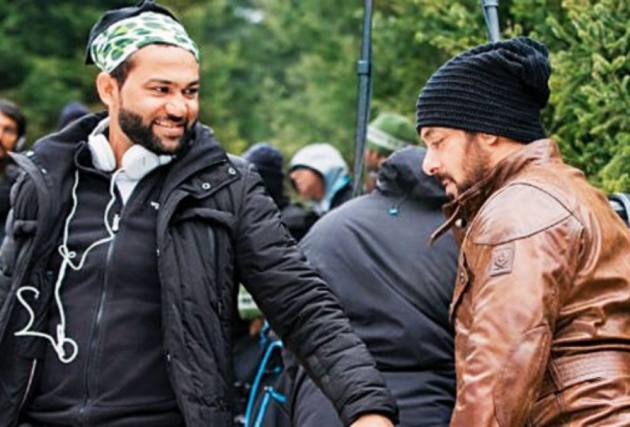 I feel lucky to have worked with Salman Khan in the initial phase of my career. The kind of work he has done over the years connects him to the millions of cinema lovers across the globe. His acting and people's faith in him have made Salman Khan a real superstar. It is because of the work that he has been getting so much love in and outside the film industry for the past 30 years. Many times, the career of a good actor does not last long due to a dearth of suitable roles. It is, therefore, very important for every actor to have a rapport with his director. The filmmaker plays an important role in an actor’s career.

I wrote the script of ‘Sultan’ keeping him in mind. As an actor, his name comes to mind before anybody else. If we look at the films of the past decade too, he has done excellent acting in films like ‘Dabangg’ to ‘Bajrangi Bhaijaan.’

While Aditya Chopra and I worked on the story of ‘Sultan,’ we had only Khan in mind. Had he not agreed to do the film, then it would not have been made with anybody else. Actually, there are some movies for which you want a particular actor for the character. So we narrated the story to Salman Khan first and then wrote the script.

I did films like ‘Sultan,’ ‘Tiger Zinda Hai,’ and ‘Bharat’ with him. If there is a tuning between the actor and the director, it makes it easier to work with each other. Over time, our relationship has flourished. It is fun working with him. On film sets, he is an actor and I am a director. But he is like my elder brother. He has been a major contributor to my career.

The biggest characteristic of Khan is that he learns any skill very quickly and adapts himself well for each role. From ‘Sultan’ to ‘Bharat,’ there were many difficult scenes, which were challenging for both of us. But he pulled them off them brilliantly.

I think the bigger a superstar he is, the more normal he is on the sets. He knows very well that the audience of his films is a common Indian. He knows what kind of films he has to do. The primary job of cinema is to entertain the people. So he works in the kind of films, which have the right blend of emotion, comedy, romance, and action. It attracts a large audience in the country as well as abroad.

I have spent a long time with him. I have never felt that Khan loses patience in front of his fans or the media. An actor also has his own personal life. He has worked with so many filmmakers and artists. Till now, no filmmaker has had any issues with him.

However, I don’t think that Bollywood is only about the Khan trio - Salman, Shah Rukh, and Aamir. Apart from them, there are many actors who are doing excellent work in the industry for three-four decades. Superstar Amitabh Bachchan, Govinda, Ajay Devgn, Akshay Kumar all have their own distinct identity. The speciality of Salman, Shahrukh, and Aamir is that they have retained their audience base with the changing times.

Everything changes with time. New actors are also getting opportunities on OTT. Making a film for the box office will now be difficult because the filmmakers have to think of out-of-the-box contents now. We have to keep pace because the content is changing. Old content will no longer work. Though people think that big-screen cinema will not survive, it will not happen.

(Ali Abbas Zafar is the director of Salman Khan’s ‘Sultan,’ ‘Tigar Zinda Hai’ and ‘Bharat.’ As told to Neeraj Jha)