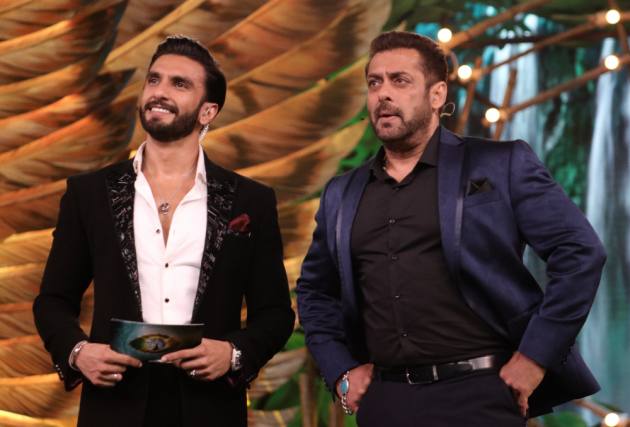 The moment you all have been eagerly waiting for is finally here. India’s most popular reality show, ‘Bigg Boss’ is back. Superstar Salman Khan is back on stage with his stylish persona to unveil this season’s spectacular ‘jungle’ house. While fans await the ‘dangal’ in the jungle, the contestants are about to find out what it is like to survive in the wild. With a beautifully designed house that resembles a jungle, the contestants are in for a big surprise. With a combination of luxury and bare minimum amenities, the ‘Bigg Boss’ house is nothing short of a visual spectacle. The grand premiere night of the action-packed season 15 will see contestants waltz their way into the house.

Laying out the tasks for the inmates, Khan will welcome the contestants to the jungle in his own style dancing to his song ‘Jungle Hai Aadhi Raat Hai’. In his own witty ‘andaaz’, Khan will have candid interactions with the contenders ahead of the ‘dangal’. During the course of this special, the contestants will have to find out which animal do they resemble in this jungle, and to do so, they will have to face the ‘Awesome Mirror’ to see the reflection of the animal inside them!

Making the night even more special, Khan welcomes actor Ranveer Singh on stage. The two Bollywood superstars will set the stage on fire with their energetic charm and reveal what is ‘The Big Picture’ all about. Singh, the host of ‘The Big Picture’, will be seen quizzing Khan and asking questions based on a few pictures.

What might come as a shocker to the contestants is that Khan shall hand out the small ‘survival kit’ while introducing the jungle filled with tasks to them. As they find out the survival commodities it holds, they won’t be able to help but feel nervous about the action that awaits them. Sparks shall start flying at the beginning itself, as the seeds of rivalry are sown between contestants Donal and Umar. This season is truly about to bring some never-seen-before tasks that will leave the audience hooked to their TV screens.