Samantha Lockwood Opens Up On Link Up Rumours With Salman Khan 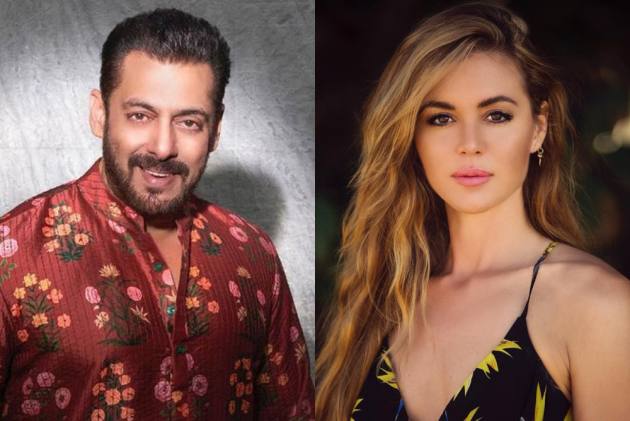 Samantha Lockwood, of 'Shoot The Hero' and 'Hawaii Five-0' fame, has responded to being dubbed Salman Khan's "new girlfriend." In a new interview, Lockwood described Khan as a "very nice guy" and stated that, despite meeting star Hrithik Roshan, "nobody says anything" about them. Lockwood also mentioned attending Khan's 56th birthday party.

Samantha Lockwood shared photos of her meeting with Hrithik Roshan on Instagram last month on her travel to Mumbai. She had written about the images she had shared, "Fun to meet this actor who also comes from a movie family, loves action and Hawaii … superstar @hrithikroshan."

In a recent interview with Bollywood Hungama, Lockwood responded to the 'link-ups' with Salman Khan and said, "I think people talk a lot. I think people can say a lot about nothing. I met Salman and he's a very nice guy, that's all there is to say about that. So I don't know where people get that idea from. I mean I met him, I met Hrithik, nobody says anything about me and Hrithik. So I don't know where this news comes from but obviously, it gets spun out of proportion." She also said that Khan's movie 'Sultan' is her 'favourite movie from Bollywood at the moment'.

Talking about attending Khan's birthday party, Lockwood said, "For me, everybody was just another person because I don't know anybody truly. I just knew Salman, I had met him a couple of times before that so really, to me, he was the only celebrity that I knew. Then I started meeting some of the other people and came to learn that they were actors or actresses or directors or producers and so on and so forth. So for me, it was a party with lovely people and then I came to learn who everybody was by being at the party. It was a lovely experience, everybody was just super nice and had nice conversations, a very elegant evening."

A few days before that, Lockwood was seen posing alongside Khan, Shilpa Shetty, Shaina NC, and her husband Manish Munot in a picture. The group spent an evening together in Jaipur.