Samantha Ruth Prabhu reveals how she felt after her four-year-long marriage with Naga Chaitanya ended on October 2. 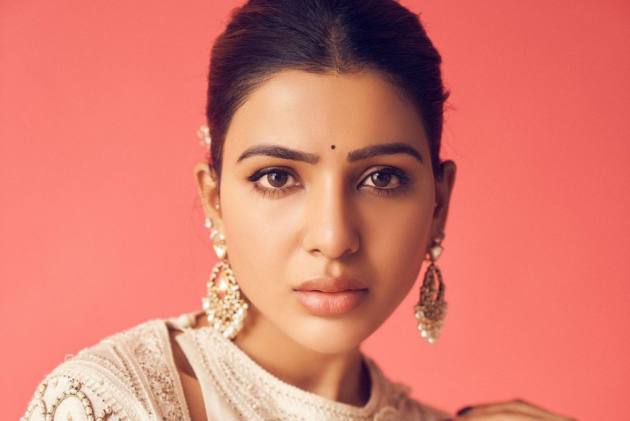 Actress Samantha Ruth Prabhu has opened up about her divorce from actor Naga Chaitanya, revealing that she first felt she would 'crumble and die.' The actress also stated in a recent interview that she is 'very very proud' of her strength.

Samantha Ruth Prabhu and Naga Chaitanya announced their separation in October. The couple took to their individual social media accounts and issued statements. A part of it read, "After much deliberation and thought, (we) have decided to part ways as husband and wife to pursue our own paths."

In an interview with Filmfare, the actress said, "It's ok if you are having a bad day, vocalise it, understand it, as soon as you accept that you're going through something half the work is done. It's when we don't want to accept it and we are fighting it it's a never-ending battle. But when you accept when you vocalise 'this is my issue, so what now? I still have to live my life'. I know I'm still going to live my life and with all the issues that I now faced in my personal life, I was surprised at how strong I was. I thought I was a much weaker person. I thought that with my separation, I would crumble and die. I didn't think I was capable of being this strong...Today I'm very very proud of how strong I'm because I really didn't know I was."

Before she opened up about her separation, Samantha Ruth Prabhu talked about her career, "When I saw success, I came from very very humble beginnings and I saw success immediately with my first film. But from a normal point of view you would be like 'Whoa this girl just made it, she hit the jackpot and she should feel so happy'. But it wasn't like that. I felt like 'Why me? I don't deserve this. I don't look like any of the other girls'. And it destroyed me even further that I wasn't good enough for all the love that I was receiving from the audience and I wasn't good enough for all these big projects that I was getting. I'm still that girl asking all those questions but I stopped fighting it."

The couple ended their nearly four-year-long marriage on October 2. "We are fortunate to have a friendship of over a decade that was the very core of our relationship which we believe will always hold a special bond between us. We request our fans, well-wishers and the media to support us during this difficult time and give us the privacy we need to move on Thanking you for your support," read a part of their statement.