Samantha Ruth Prabhu On Her Song 'Oo Antava' In 'Pushpa': 'Being Sexy Is Hard Work'

Samantha Ruth Prabhu, who co-starred with Allu Arjun in the film 'Pushpa,' shared a photo of herself dancing with him on Instagram. In the caption, she thanked her fans for showering love on 'Pushpa The Rise' song. 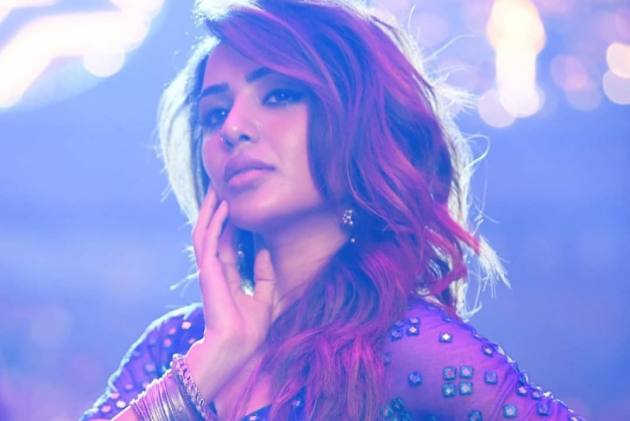 Samantha Ruth Prabhu is celebrating the success of her dance single 'Oo Antava Oo Oo Antava' from Allu Arjun's new film 'Pushpa The Rise.' The actor thanked her followers for their support on Instagram on Monday, saying that she has worked hard to excel at everything she has tried, but "being sexy is next level hard work."

Sharing a still from the song, Samantha Ruth Prabhu wrote, “I played good, I played bad, I was funny, I was serious, I was a chat show host too... I work really hard to excel at everything that I take up …but being sexy is next-level hard work….phew. #ooantavaooooantava Thank you for the love.”

Many of her friends, including Kresha Bajaj, Tamannaah Bhatia, and Malavika Mohanan, left congratulations in the comments area as soon as she uploaded the photo.

Samantha Ruth Prabhu's tweet comes only a day after she praised Allu Arjun for his performance as Pushpa in Sukumar's film. The actress expressed her gratitude for Allu Arjun's performance in a post on Tuesday, saying that it "keeps you hooked"

“I am always always inspired when an actor is just so good that it is impossible to look away .. @alluarjunonline was that for me in #Pushpa .. from the accent to the one side drooping shoulder and that god damn SWAG. Phew .. absolutely stunning .. truly truly inspired,” her post read.

'Pushpa The Rise' was released on December 17. The film has managed to cross the Rs 100 crore mark at the box office on its first weekend. The film was released in Malayalam, Kannada, Telugu, Tamil, and Hindi.