The long-awaited single from 'Pushpa', titled ‘Oo Antava’, which features actor Samantha Ruth Prabhu in a cameo role was unveiled on December 10. 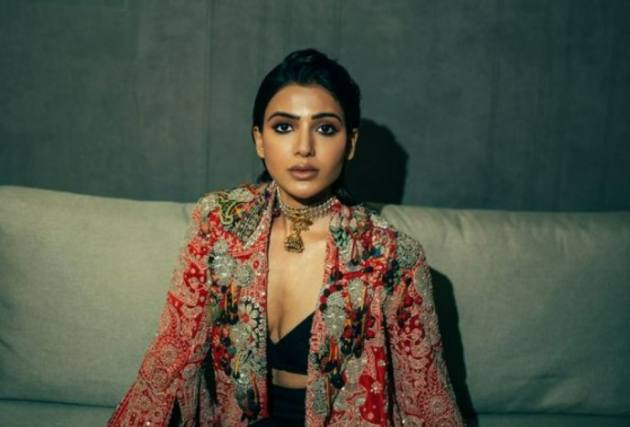 The poster read “Pushpa’s 5th song is special and we needed someone special! We reached out to our very special Samantha Garu and she gleefully agreed to come on board owing to the rapport we’ve developed over time. We’re super excited to announce that Samantha garu is going to light up the screen with icon star Allu Arjun in the fifth single. This would be the first special song appearance of her career and we are leaving no stone unturned to make it truly special and memorable (sic),”

Prabhu also took to social media on the same day to announce that she had won her fifth filmfare award for her role as Raji in Amazon Prime Video's web series 'The Family Man', which also stars actor Manoj Bajpayee. She thanked the fans who voted for her, the filmmakers Raj and DK who directed 'The Family Man', her co-star Bajpayee, and the over-the-top platform Amazon Prime Video, among others.

“My 5th black lady. Thank you to each and every one of you who voted for me. you made me the happiest girl today. Thankyou @rajanddk for just believing in me and for being such amazing human beings. Thankyou @primevideoin for backing great content and giving us actors opportunities to shine.

Thankyou @suparnverma for being my crazy energy ..you are so friekin amazingï¸ÂÂÂÂ. Thankyou @iamsumankumar for being by my side every step of the way.. I remember the first day you came home to narrate the scenes you wrote and how you so passionately spoke about Raji.. remember it like it was yesterday. Thankyou @bajpayee manoj sir for pushing me to bring my A game .. Actors like you bring out the best in your costars.. forever grateful,” Prabhu wrote while extending a note of gratitude to the entire team.