Actress Samikssha Batnagar took the others on the cast and the crew by playing the Tabla to perfection on sets of her upcoming web show, ‘Challava’. 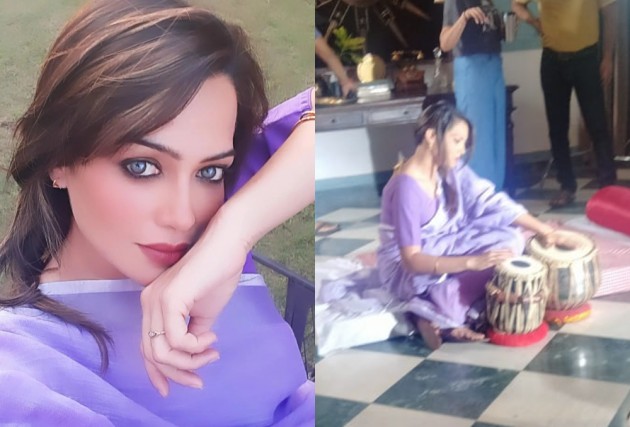 Actress Samikssha Batnagar will be playing the Tabla in her upcoming show, ‘Challava’ for an OTT portal. Batnagar plays someone who is proficient in playing the Tabla. What's interesting is that Batnagar is already a trained Tabla artiste, which caught makers and everyone else on sets by surprise.

Remember someone like the late actor Rishi Kapoor, who played the Dafli with such conviction? However, hardly do we get to see actors in the current generation take to playing musical instruments with such perfection.

Batnagar has been part of an instrumental and music training while growing up. She loves arts and music and finds her solace in music. It has been a huge part of her childhood and that will come to the folklore as she shoots for ‘Challava’.

Talking about the same Batnagar says "Well, it was at a very young age I learnt the Tabla and Harmonium as part of my classical music and dance training. The Tabla has a lovely sound to it and it requires a lot of practice. I didn't have to go for a formal instrument training as I've been training classical music since the age of 3 from my mom. They say that no learning ever goes waste and here it comes. I could play the Tabla for the show ‘Challava’. It did come on handy and I just had to get back on rhythm. I have a knack for learning music and new instruments and that continues to this day. Just that the schedule is much more hectic now and I don't find enough time to put into it.”

‘Challava’ is soon to be released on OTT.