The biographical drama 'Sam Bahadur,' produced by Ronnie Screwvala and directed by Meghna Gulzar, is based on the life and times of the heroic Sam Manekshaw, one of India's greatest military heroes. 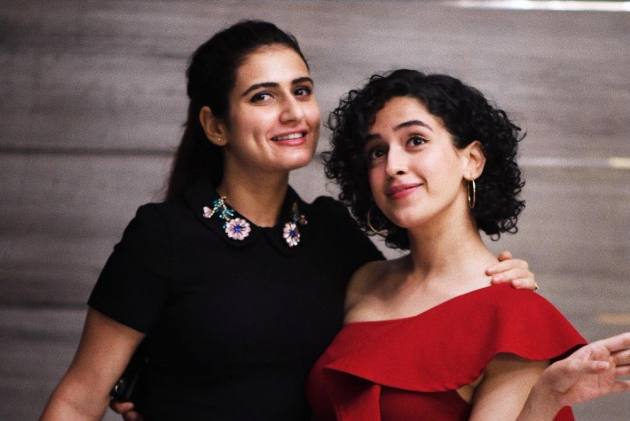 Fans were taken aback when Bollywood actress Sanya Malhotra announced that she will be reunited with her 'Dangal' co-star, Fatima Sana Shaikh. 'Sam Bahadur,' directed by Meghna Gulzar, will see the duo team up with actor Vicky Kaushal for the film based on Sam Manekshaw, the Chief of Army Staff who was lauded for his brave actions during the 1971 Indo-Pak war.

According to a report by Mid-Day, Malhotra, who portrays the protagonist's wife, Silloo Bode, claims that she just met Gulzar at the announcement.“The character of Silloo spoke to me on many levels. The film is special because I am going to be working with Meghana. It’s a dream come true,” she says.

Malhotra and Shaikh's chemistry as two sisters in the real-life boxing drama Dangal was palpable. However, their off-screen friendship, which was visible throughout rounds of interviews, became a talking topic as well. Collaborating with Shaikh again is then another reason for celebration. “First co-stars are always special. Dangal completed five years recently, and this film is a reminder that life has come a long way. Five years ago, we were kids. I am so proud and happy for us, and so excited to work with her again. It warms my heart.”

Despite making her film debut with Aamir Khan, Malhotra's path to developing a notable film career was not without challenges. Malhotra carefully curated a resume filled with unusual selections, and he was always met with approbation from moviegoers and reviewers alike. However, she says she was “conditioned to accept that my films will have a certain amount of risk attached with it”. “Unless you challenge yourself, you’ll never grow. I am here to evolve and learn about filmmaking and acting. I am happy with the response to my films this year. I can sense a shift in my career and there’s definitely greater responsibility attached to the stories I pick.”

Her professional plan, she adds, is straightforward: "live one day at a time." “I didn’t have a plan post my debut, and the last five years panned out better than expected. I am going to stick to being mindful of my work and enjoying my life.”

Field Marshal Sam Manekshaw was instrumental in India's triumph against Pakistan in 1971. In April 1971, he publicly told Prime Minister Indira Gandhi that the Indian Army was not prepared for war. He achieved one of India's most notable victories in the December battle after she agreed to allow him time to prepare.