Saqib Saleem will soon be seen in Ranveer Singh-led '83'. The actor opens up about the impact of bad Race 3 reviews, the prep for 83 and his memories from the shoot. 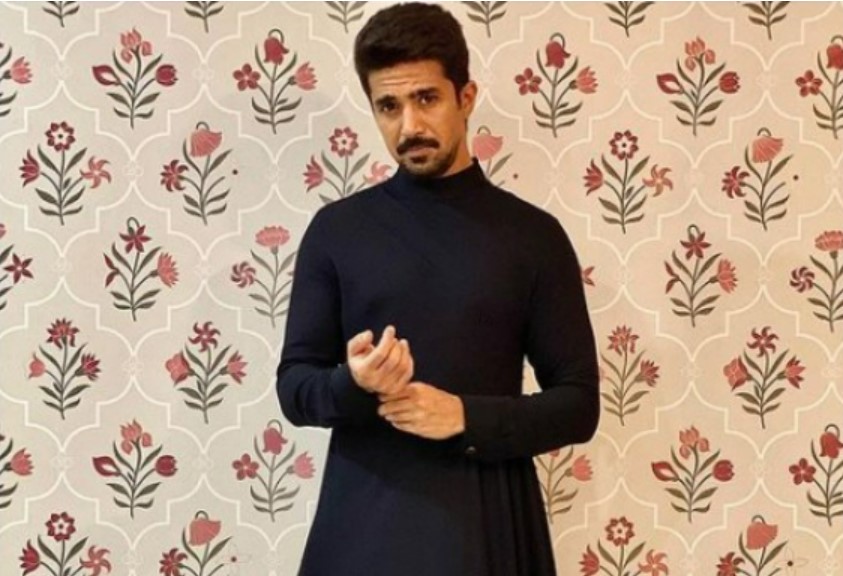 Actor Saqib Saleem is preparing to release his first big-budget film in over three years. The actor, who was most recently featured in the critically panned 'Race 3', will play Mohinder 'Jimmy' Amarnath in 83, a film based on the 1983 World Cup. The cricketer served as the squad's vice-captain in 1983.

Ahead of the release, Saleem indulged in a candid conversation with Hindustan Times and opened up on  the various challenges he faced while playing Mohinder and the influence of 'Race 3's critical failure.

Upon being asked on how the negative reviews of Race 3 affected him, the actor, the actor said in an interview with Hindustan Times, "I've always maintained that I'm an actor in the film, so when I see films, I'm nobody to comment on how good or bad the film is. That is for people to say and for people to make judgments about. I can be very critical about my own performance and I remember when that film was released and I saw the film, I'm like, 'I'm very bad in the film'. That was substantiated by the reviews. When I read all the reviews, this was the first time I was getting flak for a performance. Some of those pieces were nasty, felt slightly personal, so it did put me in a headspace (where I thought) 'Okay, do I even know how to act? Am I good, am I bad?'"

He adds, "I remember reading a particular review and it said, 'The usually reliable Saqib Saleem is restricted to adding bro after every dialogue and he's hanging in the film.' Do you know what I took out of that line? I took out the fact that it said 'usually reliable' and that made me believe that 'oh damn, people think I'm good. I just need to find a better role, I have to not take things lightly, I don't have to approach things the same way.' I started out with a film like 'Mujhse Fraaandship Karoge', 'Mere Dad Ki Maruti', 'Bombay Talkies', 'Hawaa Hawaai'... the characters I played... I was playing a homosexual guy in a film (Bombay Talkies), I was playing a skating instructor in the other. I'm like why am I trying to play cool? I'm an actor, I gotta find a part. So I feel like that phase made me slightly clearer in my head about where I want to go and what I want to do. So yeah, it was a slight bit of a bump in the road but I was back up very soon.

When asked about the challenges faced while essaying the role of Amarnath, the actor said, ''Every day was a challenge. Of course, I knew how to play cricket. But I had to play like Mohinder Amarnath which required me to unlearn the way I knew how to play cricket and learn a technique that was conducive for Mr Amarnath. I felt that unlearning and learning because there's something called muscle memory. I played cricket a particular way, I have a style of batting, I've had it for years and it's worked for me so it's become muscle memory. When I try to change it to something else, which is completely different from what I'm used to, every day is a challenge. But it was (also) the most exciting time of my life, it has been one of the most enriching experiences.''

Upon being asked if he received a word of unusual advice from Amarnath, the former  states:

''Mohinder Amarnath always had a red handkerchief on him. He was very specific about it – about where he wanted it to be when he's batting and where it should be when he's bowling. So it was very different. He wanted these little-little things (to be incorporated correctly). He came, spent time with me in Mumbai and Dharamshala, I met him (again) in London, he came for practices… So he really helped me get inside his mind and get inside his technique.''

On being asked if he initially auditioned for Amarnath's role, or was he considered for another role, he said, "'I remember when the film was announced, I thought to myself, 'okay, they're making a film on the '83' World Cup, who's (playing) Jimmy Amarnath?' He was the Man of the Match in the semis and finals, and he's the vice-captain of the team, and I felt like that's a role that will be very interesting. So I reached out to Kabir (Khan) sir, asking him if I can test for the role. He liked the test and he wanted to see my cricketing skill, I played and showed him, and that was that. This was the only role I wanted to play in the film. Everybody's a legend, don't get me wrong, but I knew for a fact, without reading the script, that Mohinder Amarnath will be an important role to play in the film''.

As far as his International debut plans are concerned, he states I am saying let me go but the flights are not taking off! Once flights resume, even I'll run to Hollywood. But I haven't received an offer yet.''

Besides playing cricket for the camera, did you all have matches among yourselves on the sets after the shoot?

We were in Dharamshala and we were practising very seriously and all that and suddenly, our coach Balwinder Singh Sandhu said, 'Let's play a match of gully cricket, with a tennis ball.' Everybody put their guards down, everybody was behaving like themselves. (The crew) saw (us) and said, 'Hey, you guys are falling out of character. No, no, gully cricket for you. We only train seriously so that we stay in our characters.' We did that in our initial bit but we played so much cricket. We were shooting from 7 am to 7 pm for about 45 days, and before that trained for about eight to 10 months every day. There's so much cricket we played... We, in fact, tried to play a match with the West Indies team (the on-screen team), they were a good side, we were also a decent side but they were slightly better.

'83' will release on December 24. While Saleem  plays Mohinder Amarnath, Ranveer Singh essays the role of then-captain Kapil Dev. The film is directed by Kabir Khan.