Sara Ali Khan Has One Condition For Marriage; Read Here

Sara Ali Khan is very close to both of her parents, Saif Ali Khan and Amrita Singh. The actress is so accustomed to her mother's company that she wishes her future spouse may live with Amrita Singh. 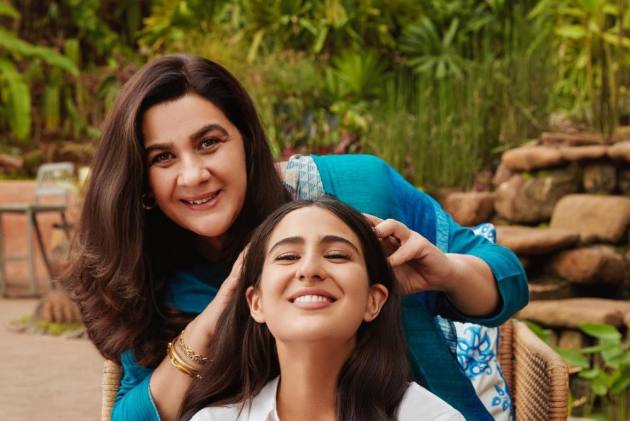 Bollywood actress Sara Ali Khan is presently enjoying her professional life. She was most recently seen in 'Atrangi Re,' in which she co-starred with actors Dhanush and Akshay Kumar. In terms of her personal life, the actress is not in a relationship. Khan revealed details about her future spouse in a recent interview. She revealed one of the terms of her marriage, which concerns her mother, Amrita Singh.

Sara Ali Khan is very close to both of her parents, Saif Ali Khan and Amrita Singh. The actress is so accustomed to her mother's company that she wishes her future spouse may live with Amrita Singh.

During a recent interview with ETimes, the actress talked about the same. “I'll even get married to someone who can move in and live with my mom. I'm never going to leave her,” Sara Ali Khan was quoted saying.

Talking further about her relationship with her mother Amrita Singh, she said, “I can't even come to an interview without matching my bangles to my outfit with the help of my mother. Till my mom doesn't tell me, 'Please add green bangles to your hand because you have a chalak of green in that corner of your dupatta', I won't be able to step out for an interview. Meri aukaat nahi hai, mummy se door bhagne ki. Kahin bhi bhaag jao, ghar toh wahin jaana hai, roz (I am not capable of running away from my mother. Wherever I run away to, she is the home I have to return to, every day).”

December 24, Sara Ali Khan's 'Atrangi Re' was released on Disney+Hotstar. The actress played a challenging and demanding part in the film. Her character in the movie (Rinku) deals not just with childhood trauma, but also with various mental health difficulties.

“I think mom is very emotional and will always be. And, my father is a very strong and sophisticated gentleman. But I do know that I have made both mom and dad cry. It is weird to feel that sense of accomplishment that your parents are proud of you. And more than that, even my brother Ibrahim’s reaction. Our equation is about playing around and we keep kidding with each other - from college until now, I am his golu molu sister. But now, he is saying that he is proud of me or that’s my sister, my and he is telling this to others too. So, I feel very happy,” said Sara Ali Khan.

On the work front, Sara Ali Khan will be seen next with Vicky Kaushal in Laxman Utekar's yet-to-be-titled film.