Sara Ali Khan: I Have Made Mistakes, Some Even Publically, But It's Ok

The 'Simmba' actress says that making mistakes is what keeps her real and relatable with her fans. 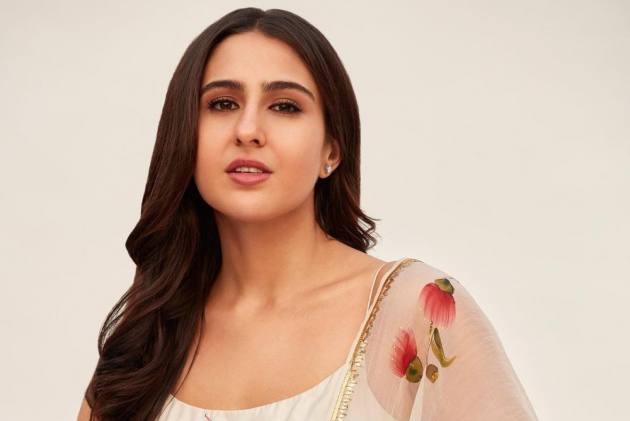 Actress Sara Ali Khan is often tagged as a promising star with a strong fan following of the youth. Having started her Bollywood career with films like 'Simmba' and 'Kedarnath', she quickly gained popularity for her candidness and decent screen presence.

In an interview with Outlook, the actress believes that youngsters admire her because she is not afraid to be real.

"I have realised that the reason anybody looks up to me is because I am real. So, the minute I am conscious, I will be guarded and then I won't be myself and then you (fans) won't look up to me. So, I don't think about it," she tells us.

The actress adds, "I think when I make mistakes, there is a relatability to that. I have made mistakes, some even publically, but it's ok."

The 26-year--old, who is the daughter of actors Saif Ali Khan and Amrita Singh, also enjoys a strong following on social media. Seems like she knows how to control the pros and cons of being a public figure.

"I am on social media to show my moods, I don't allow social media to affect my moods. If you are excited, you put a story, if you are not excited, you don't put a story but the comments cannot determine you day or your validation as a person," says Khan, who will next be seen in director Aanand L Rai's film 'Atrangi Re' alongside actors Akshay Kumar and Dhanush.