Sara Ali Khan was recently asked if she and Amrita Singh will collaborate on a film. The actress said that she believes her mother dislikes working with her. 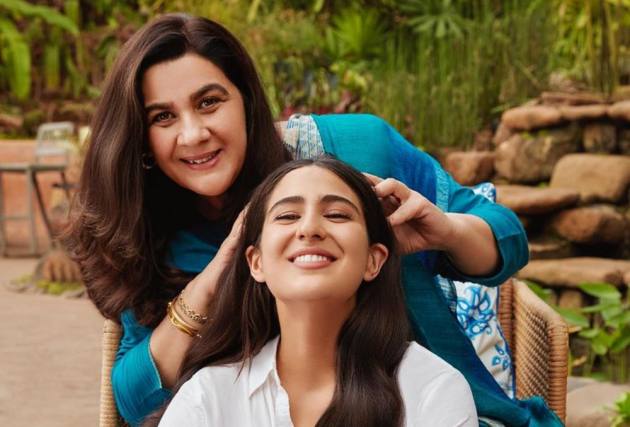 Amrita Singh and Sara Ali Khan are one of the most well-known mother-daughter duos in Bollywood. As a result, it is only natural for the audience to want to see the two on-screen. Though they previously collaborated on a commercial, we are yet to see them on the big screen together. While Amrita Singh came to stardom in the 1980s with films like 'Betaab' and 'Mard,' Sara Ali Khan is now one of Bollywood's most sought-after actresses, having acted in four blockbuster blockbusters. She is now preparing for the release of her future project, 'Atrangi Re.'

In a recent interview, as reported by PinkVilla, Khan was asked if she would work with her mother in any future film. To everyone’s surprise, her reply was, “I don’t think she likes to work with me.” To explain further, she said because Amrita Singh is her mom, even if there was even a hair on her face while the shot was on, Singh might say ‘Cut’ and try to put her hair straight. She added that she has this visual of her mother wanting to make her look the best, as she was her daughter. I don’t think I want to put her in such a situation,” she said.

Furthermore, Khan also described what her mom’s ideology of working is. She explained that her mother feels that one needs to give 100% to their work, only then they would be able to get anything back. “She goes to work excited and comes back doubly excited. As soon as she returns home, she says, ‘I had a lot of fun and did such good work,’” she said. Moreover, she also proudly stated that her mom was an actor before she became a mother. “She is still a fiery actor,” she concluded.