Apart from the three films lined up, Sara has been roped in by producer Dinesh Vijan for the second part to their successful film Cocktail. 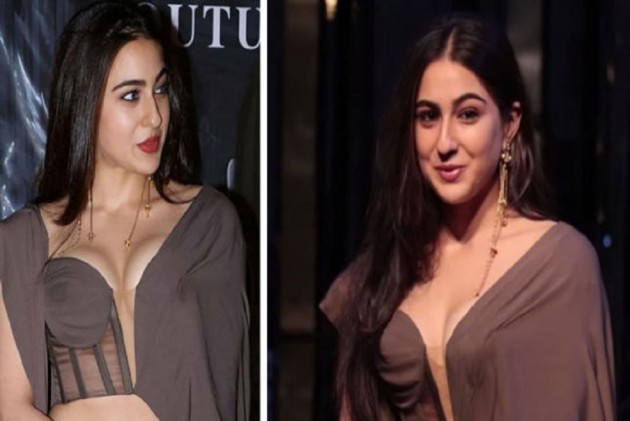 Sara Ali Khan is possibly one of the best actresses we have in the younger generation today. With brilliant performances in successful films like Kedarnath and Simmba, she has already proved her mettle as a heroine. As a result of which, a lot of producers and filmmakers have taken notice of Sara and want to cast her in their next film. She already has three big projects lined up - there's Imtiaz Ali's next with Kartik Aaryan, Coolie No.1 remake opposite Varun Dhawan and Aanand L Rai's directorial venture that also stars Dhanush. But apart from these projects, she's also getting locked for another film, we hear.

A source tells us, "Sara was almost roped in for Angrezi Medium but eventually, dates didn't work out. Dinesh Vijan really likes her screen presence and feels Sara is a brilliant performer, so he has been wanting to work with her. Now, when Maddock Films was planning to make the next instalment in the Cocktail franchise, they bounced the idea off to Sara. The actress has liked the concept of Cocktail 2 and will mostly step into Deepika Padukone's shoes for the sequel." Ironically, this won't be the first time she's part of a franchise headlined by Deepika. Imtiaz's romcom is also similar to Love Aaj Kal in terms of plotline. We contacted Dinesh Vijan but he chose not to respond to our texts.

"The modalities are being worked out currently. But Sara has given her go ahead. After Coolie No. 1, she will finish Aanand Rai's next so her dates will be free from April next year. Along with Cocktail 2, she's in talks for another movie that's being directed by a filmmaker who makes rather unconventional films," the source adds.