Satyajeet Dubey: Before ‘Mumbai Diaries’ Even On OTT, I Was Being Offered Substandard Material

Bollywood actor Satyajeet Dubey talks to Outlook about why he delayed his OTT debut for so long, what went into ‘Mumbai Diaries’ and why he has a newfound respect for doctors and medical professionals after doing the show. 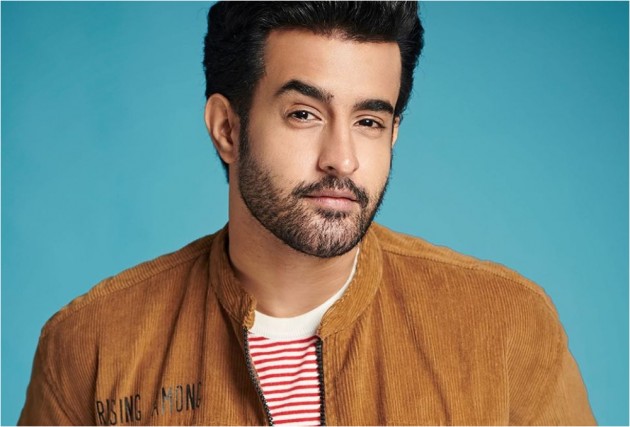 Actor Satyajeet Dubey has been getting some great reviews for his stellar performance in ‘Mumbai Diaries’. The actor completely transformed himself into Ahaan Mirza, and that’s what has gotten audiences talking about. In a candid chat with Prateek Sur, Satyajeet Dubey talks about what went into making a show like ‘Mumbai Diaries’ different from what the other shows on 26/11 have done in the past. Excerpts:

How did Mumbai Diaries come to you?

Way before, ‘Prassthanam’ was announced and released, I got a call from the production of ‘Mumbai Diaries’ saying they want me to come down and give a test for the role. I gave my test and within 3 days I was told that Nikhil Advani wants to meet me and I was really looking forward to working with him because he is one of the most prolific directors in India. I went to meet him and the first thing he asked me was where I was all these years. He said that he saw, ‘Always Kabhi Kabhi’ and saw this promising actor with so much innocence. I said I tried my best, I stuck around but nobody gave me a chance. After I spoke with him and gave my audition, I had the audacity to ask for a script from him (laughs). He was kind enough to give me the script. Immediately after reading the script, I told him that this is something great and I really want to be a part of it because I was waiting for my OTT debut. A lot of people told me that I can be a good candidate for a web show. The platform of web shows is 3-4 years old now but I wasn't getting anything. There too I was being treated with the same market game where I wasn't being offered substantial parts or I was being offered substandard material. Then I read Mumbai Diaries and I realised that this was something very different from what we are doing in our cinema and I needed to be a part of it.

There have been numerous shows or movies which have depicted the 26/11 night. What’s different in 'Mumbai Diaries'?

My brain now works in a very mysterious way in the sense that it creates analogies for every answer so, you might find it funny. But, when you play cricket on a cricket pitch, you see the stadium in a different way both as a batsman and a bowler, when you're standing on the slip to grab a catch, you have a different perspective. I understand a lot of narratives, a lot of stories have come from different perspectives. Nobody spoke about the fact that the medical fraternity, doctors and nurses had to do all the heavy lifting during the terror attacks, not in a private costly hospital but, in a government hospital. What they were going through. More than anything else, there are people who are playing those parts. Their insecurities, their vulnerabilities, the characteristics of different people, what they are as people and the kind of pressure they face while working in a government set up, in a crumbling infrastructure that we have seen in the past few years. And we made it before the pandemic started. So, when Covid-19 raged through the world and we saw it coming down, we used to chat on group chat where all the actors and Nikhil sir were there. All of us, in that group, were like, ‘this is so uncanny’.

You play a young doctor in the show, right? Did you speak to real doctors who were actually present at hospitals on the eventful night of 26/11 to prepare for your role?

Fortunately, what happened with us was that there was this wonderful gentleman called Doctor Sheikh, who happened to be in the Taj hotel when the attack took place. He was our, ‘Doctor teacher’. He's a very cute guy. He came to the workshop and said, ‘Whatever I have learned of medical science in all these years, I’ll try to teach you in 15 days (laughs)’. When I read the script I was very clear about one thing that it’s not about Satyajeet Dubey, it’s about Ahaan Mirza. For me, it was very important to make that guy come alive.

The show portrays the night of 26/11 Mumbai attacks, through the eyes of the doctors. After reading the story or about the plight of doctors, do you now have a newfound respect for the doctors and medical professionals considering the hardships that they go through?

The Police Department and the doctors who work in the government sector are called anytime. They work their hearts out constantly. They have their own family issues and financial issues. There's a myth that all the doctors are super-rich, but that's not the fact. They go through their own off days, but still, you have to keep your morale high so that you can go and chase people and do things. Apart from that, they have to face the ire of the patients’ attendants if something goes wrong. I just hope that when people see this, they understand what the doctors go through. On average, you are struggling because of low supplies, fewer people in the department. Apart from this, there are cases where you have 200 beds and all of a sudden, you need 600 beds as the huge influx of bodies and people is so high after an attack or whatever calamity. During the terror of 26/11, the terrorists opened fire at the hospital, layer upon layer. We were not equipped to fight the terrorists, quite honestly. And, these doctors, still they were trying their best.

What sort of response have you received for the show?

I remember when the trailer was launched at the Gateway of India, there was this nurse who was felicitated, she came up to me and asked, ‘You have done exactly what we did and what we were going through at that point, may I take a picture with you?’ Now, this is such a matter of privilege and honour. An actor giving a 100 crore film is a different thing, but I touched somebody’s heart and that’s a spiritual, beautiful and uplifting feeling.