While actors have been promoting their films before its release for years now, certain promotional tactics question the difference between promoting the film and screaming for attention. 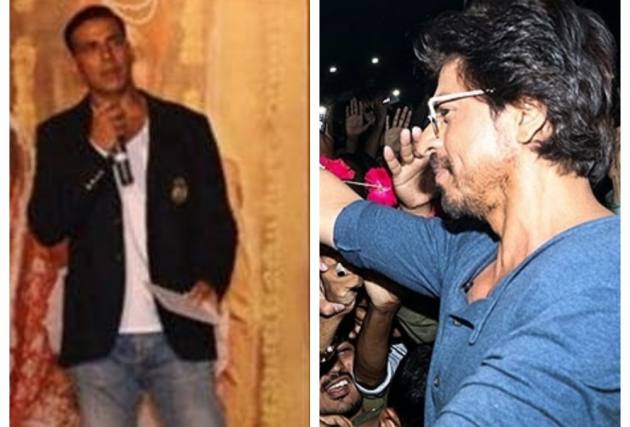 In 2017, when superstar Shah Rukh Khan decided to take a train journey to promote his film 'Raees', it ended up with stampede on Vadodra railway station, so much so, that one person even lost his life.

Promoting a film through various marketing techniques has become such an integral part of the promotions that it has now become almost difficult to really say what is too much? One can never really say how much 'buzz' is required and promotional tactics are even translating into footfalls or not.

From actors giving haircuts to regular people, the team of the film traveling with media in a train, to 'breaking up' before the release of the film. There is a very thin line between promoting your film in a healthy way and fooling the janta to just get some reaction.

Ok, so, has the following happened with you ?

- You switch on the television and watch a celebrity talking about his/her film in an interview. You watch, get updated and then look for something else. You flip the channel to watch a fun dance reality show and see the same actor in the judge's seat, taking chances to talk about his film. You think to yourself 'Oh yeah! I know what this film is about." So, you move on to watch something different, may be your favourite daily fiction show. But wait, here is the same actor again making a cameo in the show, as part of the show's story, eventually plugging his film and its release in the show!

The above is not a fictional scenario. Often a film's marketing team and PR team go overboard with 'spreading the word' about their film, doing an overkill. While the trailer and poster of the film are a good, old and trusted way to give a glimpse to a viewer about the film, these over-the-top promotional tactics are not only increasing the promotional budget of a project but also taking away the excitement a viewer might have to actually watch the film!

How many times does one need to hammer the same information with the same faces in different shows??? Why is so much exposure for a film required?  It almost feels like the filmmakers expect the audience to remember the details of their film even in their sleep.

And let us not forget, there is no data in written, that proves the excessive marketing of a film means more profit at the box office.

If all of this is not enough every few months, one film will definitely come where the promotion would have some tactic to promised as 'out-of-the-box'. Akshay Kumar legit sat on a commode on the stage during one of the promotional events for his 2017 film 'Toilet Ek Prem Katha'.

In 2018, makers of a psychological thriller film 'Pihu', decided to do telemarketing for the film in a rather distressing manner. The film revolved around a two-year-old girl stuck alone in the house after her mother dies in unexpected circumstance. Many people complained of getting a call from a child crying and asking for her parents and before the receiver could respond, the call gets disconnected. When the receiver frantically dials back on the same number, they were provided with a link to the film's trailer! Did nobody ever realise that there is a difference between promoting a film and violating the peace of mind of someone?

Got a call from an anonymous number. A baby wailed about her mother and dad, and hung up. Disturbed, I tried calling back in vain. Got a message with a link to help the child. A link, as it turns out, of #Pihu's trailer. A horrible idea, a disgusting invasion of privacy.

Let us not even begin to talk about how actors use social media posts to play on minds of their followers or fight in public to get people wondering. That discussion is for another day!

Spreading the word about the film is an obvious, genuine attempt from a film's team to get months and even years of their hardwork to the audience but may be it's time to reconsider some buzzing promotional techniques, which only take up money and time of everyone.