'See You At The Movies': Sonam Kapoor Shares Post After Wrap Up Of 'Blind'

Directed by Shome Makhija, "Blind" is an action-thriller genre movie, which centres on a blind police officer in search of a serial killer. 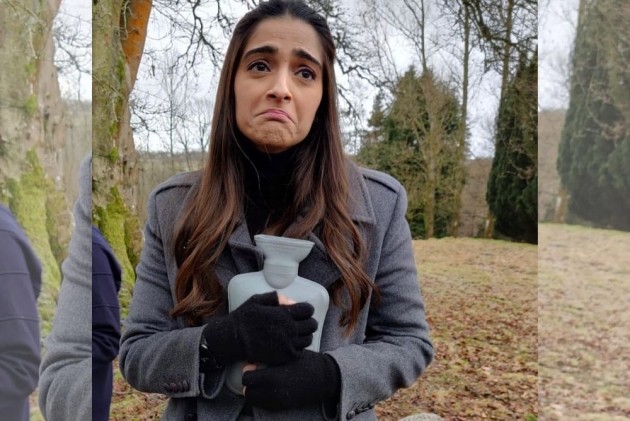 Directed by Shome Makhija, "Blind" is an action-thriller genre movie, which centres on a blind police officer in search of a serial killer.

The 35-year-old actor began shooting for the film in December last year in Glasgow, Scotland and the shoot has been wrapped in a start-to-end schedule that lasted 39 days.

The movie will hit the theatres later this year.

Previously, Sonam shared another cute post on Instagram where she is seen hugging the hot water bottle amid the freezing cold in Scotland.