Actor Shah Rukh Khan who is staying away from social media and limelight is currently busy shooting ‘Pathan.’ 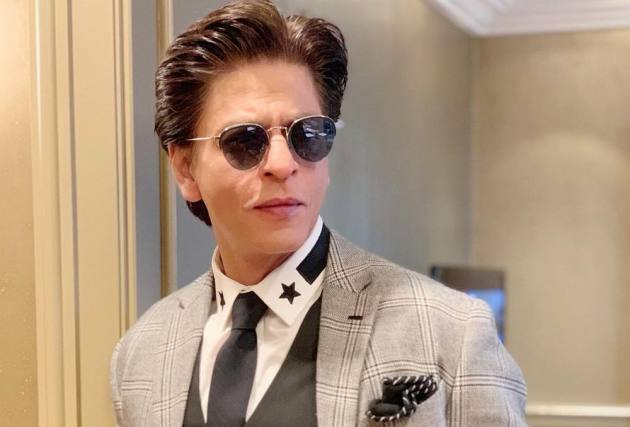 Bollywood superstar Shah Rukh Khan (SRK) is making a comeback to films with the upcoming movie ‘Pathan’ and is currently busy shooting the film. 'Mohenjo Daro' actor Diganta Hazarika posted a photo featuring Shah Rukh Khan and they are seen posing together. In no time, the photo went viral on the internet and was also deleted by Hazarika, although fans are now speculating that the picture was a behind the scene photo of ‘Pathan’.

SRK smiles as he poses with Hazarika in the deleted viral picture. The 'Raees' actor looked stylish in the photo, dressed in a black t-shirt and blue jeans. His trendy sunglasses and him fixing his lengthy haircut in a pony grabbed a lot of attention with fans praising him.

According to an ETimes story, SRK has been filming for Yash Raj Film’s action entertainer at a Mumbai studio, and Hazarika is also a part of 'Pathan.'

SRK was most recently seen in Aanand L Rai's 2018 film 'Zero,' in which he co-starred with actors Katrina Kaif and Anushka Sharma. Actors Deepika Padukone and John Abraham feature in the film 'Pathan', which is directed by Siddharth Anand. Salman Khan will make a cameo appearance in the film. 'Pathan' has yet to receive an official announcement from SRK.

As reported by India Today, Salman Khan gave an update on ‘Tiger 3’, in which he co-stars with  Kaif, on his 56th birthday, and announced that he and Shah Rukh Khan will feature in cameo parts in each other's films, 'Tiger 3' and 'Pathan,' respectively.

SRK has also been quiet on social media after his son Aryan Khan, 23, was arrested in October in connection with a drug bust on a Goa-bound cruise. SRK did, however, make a digital cameo at an event lately.