This year, it appears that Bollywood will not be uniting to celebrate Diwali in huge style. Celebrities have a lot on their minds when it comes to partying, from controversies to box-office concerns. 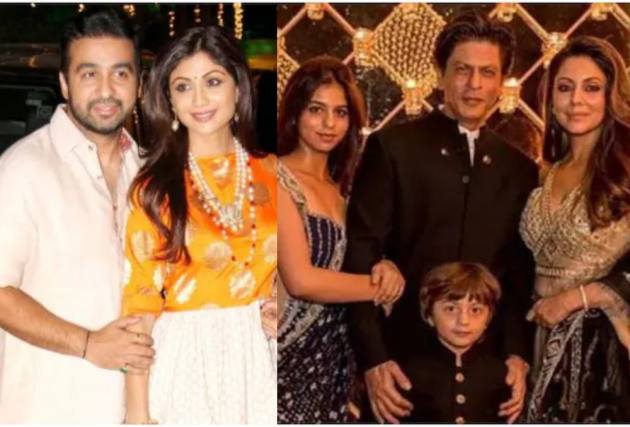 Every Diwali, card parties are a requirement in Bollywood. We've seen rooms full of celebrities playing cards, chatting and sharing pleasantries, eating nice food, dressing up and taking photographs throughout the years. However, in the last two years, Covid-19 has effectively eliminated the prospect of such parties.

Actor Anil Kapoor and his wife Sunita Kapoor are two celebrities who frequently organise Diwali parties. Then there's the Bachchans, as well as producer Ekta Kapoor, then actor Shah Rukh Khan, and actress Shilpa Shetty. These are well-known names on the party scene.

However, there appears to be little excitement this year regarding any parties being hosted in Mumbai. Bollywood has just recently opened for business, and there is still apprehension about how the audience would react to their films. Aside from that, the current Aryan Khan and Ananya Panday case has once again brought Bollywood under scrutiny. Those familiar with the Bollywood party circuit say there is a very slim probability of any such events taking place.

Ekta Kapoor, who brings TV and cinema celebrities together under one roof, may host a small, personal event at her home, although this is still up in the air. Manish Malhotra, a leading fashion designer and another party favourite, is similarly undecided about throwing a party. Shilpa Shetty, who is struggling with a domestic issue as a result of her husband Raj Kundra's alleged involvement in a porn racket, hasn't decided if she will party this Diwali. Filmmaker Karan Johar, Shah Rukh Khan's good friend has been very concerned and has been spotted supporting his friend since the situation surrounding his kid erupted.

Arpita Khan, Salman Khan's younger sister, is preparing a modest intimate celebration for her family and friends at her freshly refurbished Bandra flat in Mumbai. She's been busy renovating the house and supervising the interior design of her high-rise apartment. Arpita Khan is preparing a little celebration now that the house is ready to welcome visitors. Arpita Khan's husband, actor Aayush Sharma, recently celebrated his birthday with the family on October 26, the same day the trailer for his and Salman Khan's forthcoming film, ‘Antim’, was released.

Also, all eyes are on the big-ticket November 5 release, ‘Sooryavanshi’. If the film fails to meet box-office expectations, there will be little cause to celebrate.