Shah Rukh Khan To Document His Makeover For ‘Pathan’

Actor Shah Rukh Khan will be seen in the movie ‘Pathan’ along with actress Deepika Padukone and actor John Abraham. 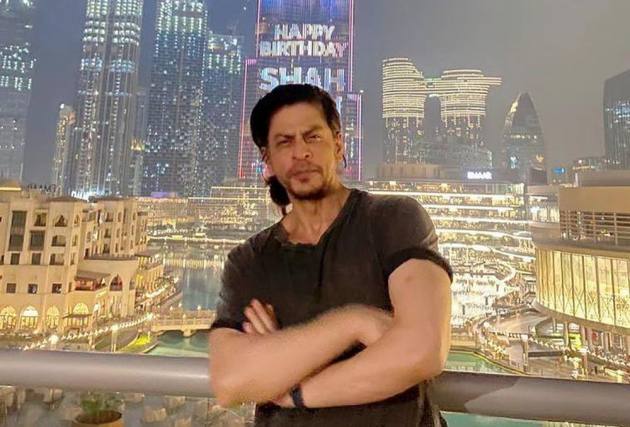 Bollywood superstar Shah Rukh Khan (SRK)  who will be making a comeback to movies with ‘Pathan’ is documenting his makeover for 'Pathan' in a behind-the-scenes video series.

As reported by India Today, a source close to this development told, "Shah Rukh has been documenting his physical transition and how he has put on muscles for his role in Pathan in a behind-the-scenes video series. In Pathan, you will see him in a well-chiseled look and he will be releasing the BTS series closer to the film's release."

It is also to be noted that Shah Rukh Khan did a similar exercise when he flaunted six-pack abs for filmmaker Farah Khan's 2007 film, 'Om Shanti Om', with actress Deepika Padukone.

On the work front, Shah Rukh Khan has resumed the shoot of his much-awaited project 'Pathan'. Directed by Siddharth Anand the action-drama will also see Padukone and actor John Abraham in key roles. The film is yet to be announced officially.

SRK is expected to make cameo appearances in 'Rocketry: The Nambi Effect' and 'Tiger 3' as well. According to reports, the actor will also team up with South filmmaker Atlee Kumar and filmmaker Rajkummar Hirani soon.

The actor had kept a low profile after his son Aryan Khan was arrested in a cruise-drug case in October last year. Shah Rukh Khan recently made a digital appearance at an event. His wife and interior designer Gauri Khan also recently took to Instagram and posted an advertisement that featured Shah Rukh Khan and herself.

The Mumbai Police had recently received a bomb threat call from a Madhya Pradesh man named Jitesh Thakur, who claimed to have prepared a big 'nuclear bomb' attack in Mumbai, according to The Times Of India. According to the reports, the individual alerted Mumbai Police about a number of bombing targets, including Shah Rukh Khan's Mumbai home, Mannat.

Jabalpur's Additional Superintendent of Police Gopal Khandel told PTI that the 35-year-old caller was caught on January 8 using the mobile number shared by Maharashtra Police. The accused has been arrested and is reported to be unemployed and a heavy drinker.