Bollywood superstar visited his son, Aryan Khan, on Thursday in the Arthur Road Prison, after a special NDPS court rejected his bail petition in the drugs-on-cruise case 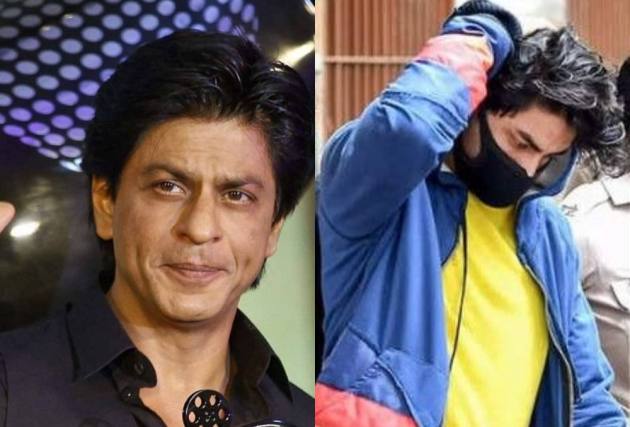 Bollywood superstar Shah Rukh Khan visited the Arthur Road Prison in Mumbai on Thursday morning, to meet his 23-year-old son, Aryan Khan, who has been kept there, ever since he was sent to a judicial custody on Oct 7.

The actor was allowed to meet his son, as per the prison manual, like any other family member of a prisoner and no special treatment was given to him, the official said.

The actor reached the prison located in Mumbai Central around 9 am and left at 9.35 am. The prison authorities checked the actor's Aadhaar card and other documents before he entered the premises, officials said.

After the verification of documents, a token was given to him by prison officials, following which he was allowed to meet his son, who is lodged in the jail's general cell as an undertrial.
Shah Rukh Khan met his son for about 15 to 20 minutes, a prison official said, adding that there was a glass fencing between them and they spoke on the intercom. Four guards were present along with them during their conversation.

A large number of mediapersons and local residents had gathered outside the prison when the actor arrived. Heavy police security was also deployed outside the jail premises.

On Wednesday, a special NDPS court had rejected bail applications filed by Aryan Khan, Arbaaz Merchant and Munmun Dhamecha in connection with their arrest by the Narcotics Control Bureau (NCB), following the agency’s raid on a cruise ship where they seized banned drugs, on October 2.

According to the order which denied Aryan Khan’s bail, the court found merit in the arguments presented by the NCB’s legal counsel which said that WhatsApp chats on the 23-year-old’s mobile phone indicated a nexus between him and drug peddlars. It was also suggested that since Aryan Khan regularly consumed drugs, there is no guarantee that he won’t indulge in it again, while being out on bail.

Aryan Khan’s counsel has already moved to the High Court, who will hear his petition on October 26.