Shah Rule: Hip-Hop Has Always Come From A Place Of Reality, Authenticity, Peace, Love And Unity

‘Gully Gang’s popular rapper Shah Rule speaks to Outlook about the growth of hip-hop in India, and how it’s spreading its wings all across the country. 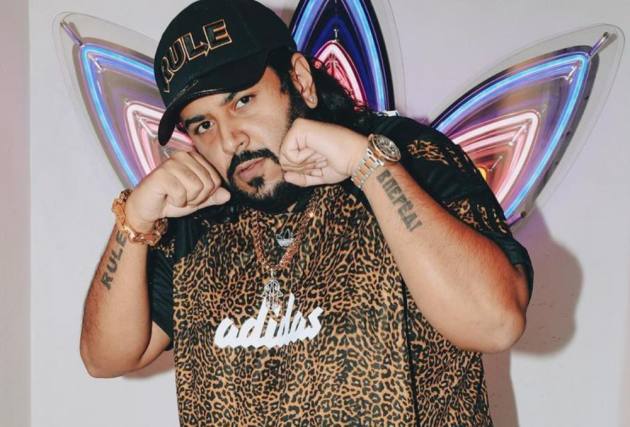 Rapper Shah Rule has been one of the most popular names from the ‘Gully Gang’. He has been instrumental in bringing the desi hip-hop out to the commoners. In a candid chat with Outlook, he talks about the origins of the hip-hop culture, how it’s growing in India, its influence in pop culture, and the fashion associated with rappers. Excerpts:

Tell us a little about where you come from?

Born in Hong Kong, grew up in Moscow, Russia, studied in London and have been living in Bombay, which is my family hometown or rather the town of origin. Since 2015, I have been pursuing music here.

How different is your music now from the time that you started? How have you grown along with hip-hop?

Of course, it has grown. 100 per cent. It started off being very nursery rhyme-like (laughs). It was just poetry. Every rapper starts in his/her own capacity at the beginning. They don't think about all these multi syllables or fast flows on your first rap. You're just trying to express yourself and experiment. So, I used to sound very nursery rhyme-ish, like Dr Zeus type (laughs). It is part of the journey. I still have an essence of my style from those days to what I do right now. I believe the best songs come from real-life experiences, from conversations and from things you want to get out of your system. That is where the fire comes from.

Do you think the hip-hop culture is growing in India?

For sure. Hip-hop has always come from a place of reality. It was born in South Bronx New York. Hip-hop was an art form for many different cultures which were in many ways oppressed, pushed down by society, and not given a voice. This community starts to use this art form, which comes along the way, to express themselves and bring positivity, to bring great things to their community, to their families and friends. If you see right now, Hip-hop is not just restricted to a form of music. It is like a culture that every age group loves. As a music genre, it is right now the No 1 genre in the world, and you cannot deny that. The origins of hip hop have always come from a place of authenticity, peace, love, unity. For us, this is not our direct culture. This is something that we have learned and is something that we have inspired from, from so many different artists. It is now upon us to take forward this Indian hip hop or desi hip hop and kind of take it in a way where we do great things and positive things with it, and yet keep the same values that it started with. Also, pay homage to where it came from.

Do you think it has an influence on the popular culture of how people talk and how people listen to music etc?

That's the authenticity that I was talking about. Hip-hop has gone regional now, and there is no one version of it. It is all over India right now. There are so many different languages that are flourishing in India right now of rap. We know of the popular ones like Hindi, Tamil, Punjabi, Marathi, but there are tons of them coming out. It is now that the listeners are listening to it, paying it respect, and thus helping it grow. At the end of the day, it is going to represent us.

As a rapper, what is your best source material?

Real-life. Love, relationships, friendships, heartbreaks, success, failure, betrayal, getting into an argument with someone - it could literally be anything. Probably a fan commentary something nice or a hater commenting something horrible - that can also spark me off. We all are living in the same world. For me, it has always been to create relatable content. That is something that people want to listen to and they want to relate to, in terms of their favourite artists. We all are going through similar situations in our own ways, in our own paths, in our own shoes. It is just about learning from each other and expressing yourself and putting it out there for the universe so that other people can also relate to and learn from it. Just to know that we are not alone in this life. I come from a global background, so I like to choose topics that can relate to a global audience.

Tell us a bit about your fashion. Why do we see hip hop stars dress in a certain fashion always?

It comes from a lineage of fashion look which was given to us long before I was even born. Maybe in the 1980s. It is that classic Adidas tracksuit, big rope chains and bucket hats look. There have been different styles that have transformed through the decades. I grew up in the 90s and the 2000s where baggy clothes were the in-thing. I always saw chains hanging till your stomach.

What does hip hop fashion mean to you personally?

The clothing is something that I have always been super interested in. I have always been into caps and therefore I have this cap merchandise as well of my own. It does come from always watching hip hop videos and being fascinated with the jewellery as well also. I have to say that I am a Sindhi. So I was always naturally around a lot of shiny things especially seeing my Nani and my mum always wearing gold. I feel that the combination of me wanting to be a rapper and me being a Sindhi just joined together and give me a shiny personality.

Has your fashion sense also changed from the time you started to now?

This last decade my fashion has grown because I was working. So I have slightly modified the iconic looks in my little own way. But it all comes from a place of being a fan of the culture. The culture is more than just the music. It's everything - starting from the slang to the fashion to the way you carry yourself to your dancing.

Also Read: Rapper D’Evil: The Culture Of Hip-Hop Is Such That Everybody Wants To Live Life That Way