Television star Shaheer Sheikh speaks to Outlook about the response to his latest show on Zee5, ‘Pavitra Rishta 2.0’. He talks about being nervous on the first day and he even has a message for all Sushant Singh Rajput fans that are missing him on the show. 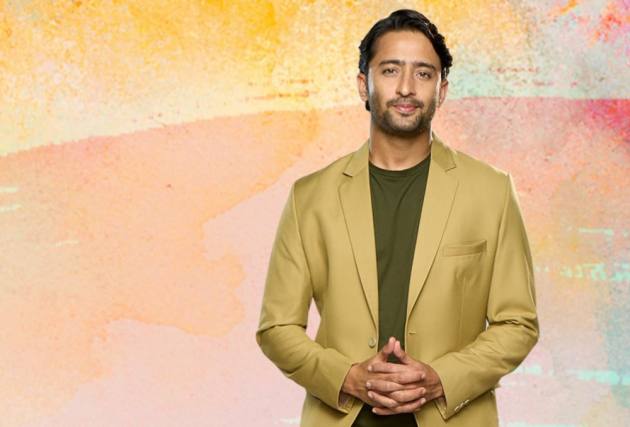 Actor Shaheer Sheikh has big shoes to fill as he begins his journey of playing Manav in the reboot of the popular show ‘Pavitra Rishta’. The show was made iconic by the late actor Sushant Singh Rajput, and now Sheikh steps in to play the same character. Comparisons had to happen, but the actor is pumped up about the response and how he feels he has been accepted as Manav.

In a candid chat with Outlook Sheikh opens up about how the show came to him, the nervousness on the first day of the shoot, the comparisons with the actors who’ve played the character before, how he feels accepted now, and lots more. Excerpts:

The response to ‘Pavitra Rishta 2.0’ has been good. What sort of compliments are you getting?

Had you seen the previous show or maybe auditioned for some role in it back then?

No. Actually, at that time, I was doing a show called 'Navya'. I remember this show clearly because it was a very big show at that time. It was quite a big hit. The song, the characters, and the chemistry between Archana and Manav, the memories were there in my mind also. Whosoever saw 'Pavitra Rishta' remember it. The memories of the show are very strong.

Were you nervous on the first day of the shoot, because Manav is an iconic character?

Yes, of course. I mean, the co-actors have to feel the aura of Manav. They have to approve of me as Manav. They have to be ok with me being Manav. I was quite nervous on the very first day. But everyone was very sweet. They understood that I was very nervous. They tried to make me feel comfortable. Eventually then during one of the scenes, they told me. I remember Usha telling me that there is something about you that makes me feel that you are Manav. That itself was the biggest relief for me. It helped me perform better, and I was feeling more confident after that.

You are playing a character that has been made iconic by Sushant Singh Rajput and later Hiten Tejwani. Were there things you tried to take from the way they played the character and want to bring in your acting?

No, not at all. It was a completely fresh approach. That is exactly what I tried. I did not want to do it the way somebody else had done it. I wanted to keep it as natural as possible. I have tried to make it look natural.

Every actor says that they leave some part of their own self in each character. What similarities do you see between Manav and yourself?

Are there any characteristics of Manav which you don’t like?

He is way too nice (laughs). At times I feel that it is not possible for a man to be that nice. Sometimes when I am reading the script and I find that 'Ok, he is supposed to say this when the other character says this, isn't that too nice?' But that is exactly how the character has been all these years and in the past season. That is the main essence of the character that he is way too nice for this world.

Ankita (Lokhande) told me that it was she who suggested the reboot. So she got the show that way. How did the show come by to you?

So apparently, the producer, Nandita Mehra who is also directing the show, thought of me and suggested my name (to Ekta Kapoor) saying that 'the earnestness is there on his face if you want to make Pavitra Rishta again'. Apparently what I've been told and what Ankita also told me that even she thought that I was the correct option.

The response to the reboot has been great, but there are still people who comment on social media saying that they miss seeing Sushant Singh Rajput play Manav. What do you have to say to those fans of the show?

Honestly, I have replaced Hiten Tejwani, because it was he who was doing the show before I was. For the last two and half years of the show, I think he was playing the character of Manav. So, I have technically replaced him. For the fans, I feel they don't have to replace him (Sushant Singh Rajput) with me. He is there. He has done so many projects after that. This is something fresh and something new and something that we have done with an honest approach. We have given it our all. It was an honest effort from my side. When I see that onscreen I can feel that a little. I don't know what people think of it. From my end, it was an honest approach. It was 'work' for me, and I would never say no to work. I am an actor at the end of the day. If I had not done it somebody else would have picked it up. I felt it was a good character and I wanted to do justice to it, and so, I gave it my all.