Shahid Kapoor stated that he considers himself fortunate that 'Jersey' will be released in theatres, especially after cinema halls were closed for an extended period of time due to the pandemic. 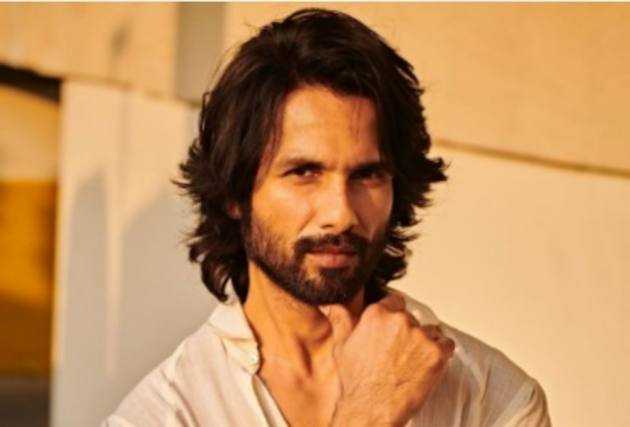 Bollywood star Shahid Kapoor said on Tuesday that he is hoping that 'Sooryavanshi,' starring Akshay Kumar, to do very well in theatres and pave the way for other films to be released.

Kapoor was most recently seen in the 2019 blockbuster 'Kabir Singh.' He is looking forward to the release of 'Jersey,' which has been delayed due to the COVID-19 pandemic.

The actor stated that he and the 'Jersey' team were "cheering" for 'Sooryavanshi' and are thrilled to see the audience return to the theatres.

"... We all just wanted that the film should do well and that the business kick-starts again, so we all can release our films. It is great to see that films are back in theatres and congratulations to 'Sooryavanshi' for having the guys to go out there and be the first in line, it is not easy to do that," Kapoor told reporters here at the trailer launch of 'Jersey'.

Directed by Rohit Shetty, 'Sooryavanshi' was the first major Hindi film to be released in theatres after Maharashtra Chief Minister Uddhav Thackeray announced the reopening of cinema halls in the state from October 22.

The film, also starring Katrina Kaif, opened during the Diwali weekend (on November 5) and saw an overwhelming response at the domestic box office minting Rs 180.47 cr in 18 days of the release.

Kapoor, 40, said it was a difficult time for everyone when the cinema halls were shut.

''Having shops shut for almost two years, thinking about what's going to happen was a very scary feeling. This film is about the winning human spirit, so it has a great context for the times today. It is even more relevant today than it was when we started shooting it," he said.

Kapoor said that he is delighted to be back to the theatres with 'Jersey'.

"It is amazing to be back in a theatre and celebrate cinema in the place where we all should. I don't think we will ever lose the charm and love for cinema. Content is travelling to many different places now but this (cinema halls) will never go away," he added.

'Jersey' is a remake of the Telugu movie of the same name. It chronicles the story of a talented but failed cricketer (Shahid), who decides to return to the field in his late 30s driven by the desire to represent the Indian cricket team and fulfil his son's wish for a jersey as a gift.

Tinnanauri said the basic idea behind 'Jersey'  was to narrate the story of the "people around us" whose success is not celebrated.

Actor Mrunal Thakur will be seen playing Kapoor's wife in the film.

Thakur, who is basking in the glory of 'Dhamaka' success, said the aim for her has always been about collaborating with good people.

"For me, the aim is not success but the journey and this is what the film is about. I wanted to experience what it is to be an actor and share screen with wonderful actors like Shahid Kapoor, Pankaj Kapur sir," she added.