Shahid Kapoor Shares An Endearing Collage Of Son Zain And His Childhood Images; Calls It ‘Like Father Like Son’

Shahid Kapoor took to Instagram to share an adorable collage of his son Zain’s photo and his own childhood picture. The Kabir Singh actor challenged his fans to spot the difference between Zain and his younger self. Take a look. 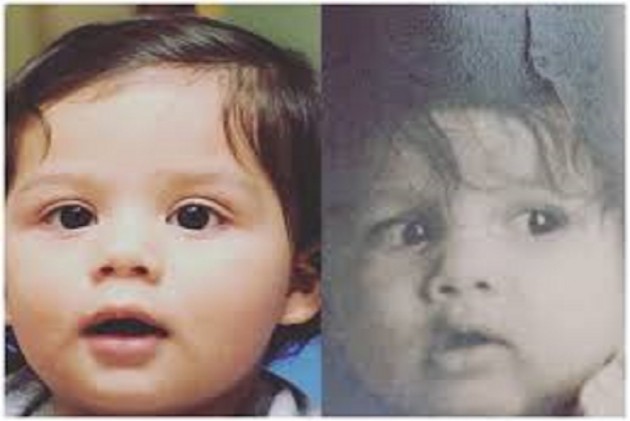 If there is one star who has managed to make a place for himself in Bollywood all on his own terms, it is Shahid Kapoor. The Kabir Singh star is a family man and has never let his work come in the way of personal life. Shahid also is a doting dad to two of his munchkins, Zain and Misha and often shares adorable photos of his kids on social media. Be it pictures of Zain and Misha’s first rakhi or just a casual photo while playing with his kids, Shahid treats his fans with some adorable pictures of his cuties and today, he did the same.

The Kabir Singh star took to Instagram to share an adorable collage of his own childhood photo with a picture of his son Zain. While Zain is a cutie patootie, looking at the tater tot avatar of Shahid will surely make you feel that his son is a spitting image of the Kabir Singh star. Both father and son looked alike and Netizens couldn’t spot the difference between Shahid’s childhood photo and Zain’s adorable picture.

Shahid shared the photo and captioned it as, “Spot the difference #likefatherlikeson.” The Kabir Singh star’s half brother, Ishaan Khatter also left a sweet comment with a heart emoticon on the post. Meanwhile, recently Zain celebrated Raksha Bandhan with his elder sister, Misha and Shahid’s wife, Mira Rajput took to social media to share the photo of the two munchkins following the tradition.

Meanwhile, Shahid recently came back from hsi road trip across Switzerland along with Ishaan and Kunal Kemmu. The actor had a gala time cruising across the stunning locations of the Alps in Europe. On the work front, Shahid Kapoor and Kiara Advani starrer Kabir Singh is the biggest blockbuster of 2019 so far. The film made huge bucks at the box office and was directed by Sandeep Vanga. It was a Hindi remake of a Telugu film starring Vijay Deverakonda.