Shahid Kapoor Would ‘Love To Work With’ Samantha Prabhu

Shahid Kapoor was asked by fan on Twitter about his thoughts on Samantha Prabhu’s performance in ‘The Family Man 2’. 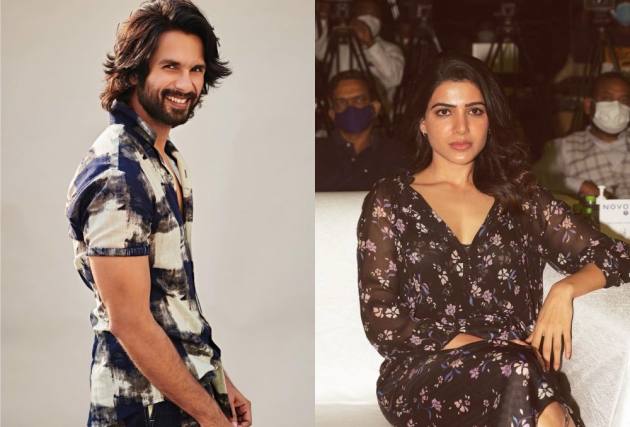 Bollywood actor Shahid Kapoor has expressed his desire to work with popular actress Samantha Ruth Prabhu, after watching her performance in the second season of Amazon Prime Video’s ‘The Family Man’.

During a question-and-answer session with his fans on Twitter, Shahid Kapoor, while replying to a fan who asked the actor for his comments on ‘The Family Man 2’, and especially Samantha’s role in the series, Shahid Kapoor wrote, “Totally loved her on the show. Would love to work with her some time.”

Totally loved her on the show. Would love to work with her some time. https://t.co/KhFS9BUclH

‘Family Man’ marked Samantha’s foray into the world of Hindi cinema with directorial Raj & DK's web series. While the action drama garnered a phenomenal response for the first season, Samantha stole the show of the second season with her outstanding performance. Not just audiences, even celebrities from the industry are surprised with her performance. She also won the Best Performance in Female (Series) at the Indian Film Festival of Melbourne.

Meanwhile, Shahid Kapoor is working with The Family Man series director Raj & DK on a new web series, co-starring Raashii Khanna, Regina Cassandra and Vijay Sethupathi. The yet-to-be-titled web series is a thriller-comedy that will stream on Amazon Prime Video. He also announced the release date of his film 'Jersey' on Sunday. The film will release on December 31, 2021.

Samantha, who played a negative role in the web series, is gearing up for the release of her next film 'Shaakuntalam'.