Shailene Woodley Reveals The Reason Behind Keeping Her Engagement Secret

Shailene Woodley and Aaron Rodgers were engaged for months before announcing their love on 'The Tonight Show Starring Jimmy Fallon.' 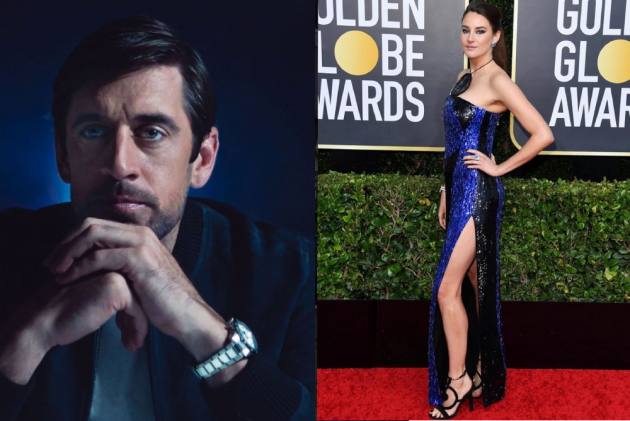 Shailene Woodley, star of 'Big Little Lies,' revealed that she and her boyfriend Aaron Rodgers were engaged months before they publicly announced their engagement. Woodley announced her engagement to Rodgers during an appearance on 'The Tonight Show Starring Jimmy Fallon' in February, this year.

Rodgers had proclaimed his engagement during his NFL MVP acceptance speech two weeks previously. In an interview with The Hollywood Reporter, Woodley explained why they chose to keep their engagement a secret.

"When we announced that we were engaged, we wanted to do that only because we didn’t want someone else to do it before we did," the 29-year-old actor said.

Robert Downey Jr. To Star In Movie Adaptation Of Award-winning book 'The Sympathizer'

'Fast and Furious 9' On August 5 Will Hit Indian Theatres

"And we didn’t do it for months and months after we had become engaged, but the reaction to it was really a lot, and so we were like, 'Let’s just politely decline (to talk about the relationship) for a little while and live in our little bubble', " she added.

In June this year, Woodley had told Shape magazine for a cover interview that she connected with Rodgers during the coronavirus pandemic-forced lockdown last year and quickly built a bond unlike any other.

"Starting a relationship where you immediately move in with someone — because it's a pandemic and you can't just get on a plane and go back and forth on weekends — taught us a lot about each other very quickly.

"We jumped in headfirst and got some of the sticky bits out of the way early," Woodley had said.
(With Inputs from PTI)