Shawn Mendes-Camila Cabello Breakup: A Timeline Of Their Romance

Through an Instagram story, the pair shared the news of their breakup with their fans. The post said though they’ve broken up but will “continue to be best friends.” 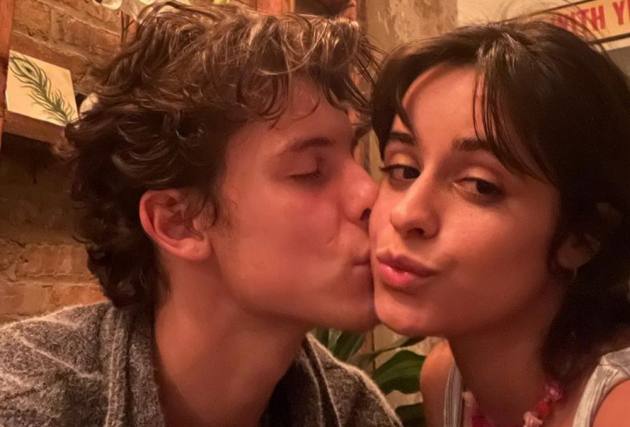 After being in a relationship for over two years, Shawn Mendes and Camila Cabello decided to end their relationship. Through an Instagram story, the pair shared the news of their breakup with their fans. The post said though they’ve broken up but will “continue to be best friends.”

“Hey guys, we’ve decided to end our romantic relationship, but our love for one another as humans is stronger than ever,” the message read.

“We started our relationship as best friends and will continue to be best friends. We so appreciate your support from the beginning and moving forward — Camila and Shawn,” it added.

As the couple ends their relationship, here’s a full timeline of their romance.

In 2014, the couple first met when Cabello and her Fifth Harmony bandmates opened for Austin Mahone's Live On Tour.
However, they didn’t get close right away, and Cabello later revealed in an interview: ‘I remember I wanted to hang out with you, but you were always on the tour bus, just learning guitar.’

In November 2015, Mendes and Cabello worked together for the first time on their song 'I Know What You Did Last Summer.' During this time Cabello was still in Fifth Harmony but also worked on solo projects.
While romance rumours surged, the two were just friends at this time.

In March 2017, though the couple continued to say that they are just friends, a cover of Ed Sheeran’s 'Kiss Me' did nothing but add fuel to the relationship rumours.

In June 2019, shortly before openly confirming that they were dating, the couple released their song 'Senorita.' The song was a super hit, and the steamy official video of the song was loved by fans all around the globe.

Around the same time, it was reported that Cabello had split from her boyfriend Matthew Hussey.

In August 2019, came the performance of their song 'Senorita' at the MTV VMAs. After this passionate performance, there were not many doubts about their relationship status.

In September 2019, the couple confirmed their romance in a very memorable way via Instagram, joking about fans judging their kisses.

‘We just want to show you how we really kiss,’ Mendes added, planting a kiss on his girlfriend.

By October 2019, the pair was inseparable, with Cabello telling Capital Breakfast: ‘We’re pretty happy — I really, really love him a lot.
‘This song was really fun because we got to just hang out again like we did on the song we did before, I Know What You Did Last Summer, which is when we got really close.’

Lockdown 2020, the pair spent much of last year at home, but actually, the couple enjoyed each other's company a lot during that time period.

Mendes said: ‘Camila and I were so lucky because we were able to just kind of be in a still moment, and it was the first time in the past six years that we’ve been just able to relax and not work at all.’

The singer also shared that the pair ‘were going on bike rides around Miami’ revealing ‘it just felt really beautiful.’

November 2021, the couple shared the news about their breakup on Instagram, the reason was not specified by either of them for their split.
Although the post said their love for each other as humans is stronger than ever.