Shekhar Ravjiani: I Thrive On The Love And Energy That I Receive From The Audience

Musician Shekhar Ravjiani has been working incessantly throughout the pandemic with his independent music work. However, he admits that he always loves performing in front of a live audience at concerts. 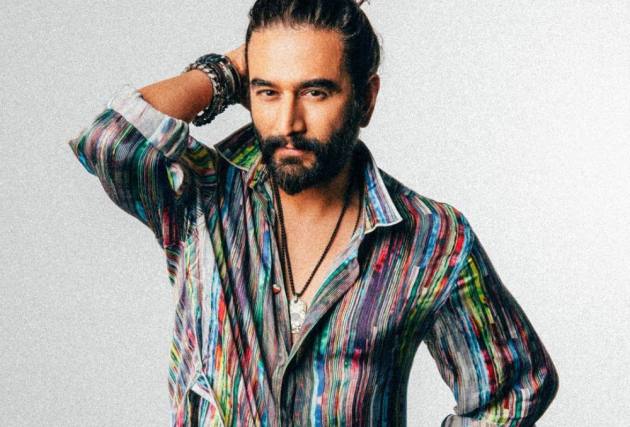 Talking to Outlook, Ravjiani speaks up about how the song came up, how he kept himself busy through the pandemic, how he loves to create independent music as well as film music, how he loves the energy of stage shows, and lots more. Excerpts from the chat:

We all have been stuck in a pandemic. But you’ve managed your time pretty well. Your song ‘Rang’ is smashing all records. Where did the germ of the idea come from for this?

The past couple of years has been among my most creatively rewarding. During the lockdown, when everything felt a bit dark, the one thing that brought light and happiness into my life as always, was music. I composed a lot of songs during this time and ‘Rang’ was one of them. It was a song that resonated deeply as it has the essence of a classic. It’s a song that took me back to who I was before the world told me who I should be. I remember playing ‘Rang’ for my mother who listened to it repeatedly with so much happiness in her eyes. That’s when I knew that the world needs to hear this track too.

How did your collaboration with Sufiscore come about?

(People at) Sufiscore are great friends of mine and I was delighted to be able to collaborate with them for ‘Rang’. And as they say, a foundation of friendship is happy and positive energies that make any collaboration even bigger.

What has been the audience reaction to your first independent music been like?

‘Rang’ has received an unprecedented welcome from all my listeners around the world. I am overwhelmed by the love and affection that pours in every single day. From the video crossing 5 million views in less than a fortnight to the song climbing up the charts every day, I feel truly blessed. I look forward to more people hearing the song and hope my music can bring happiness to more people. There’s nothing I would love more than that in the world.

What was thought behind this unique look and feel of the song?

‘Rang’ is my first non-film Hindi Pop song composed and sung by me, with beautiful lyrics written by Priya Saraiya. A language like Brij that is deeply rooted in an Indian ethos when juxtaposed with a Latin-European musical flavour creates a musical universe of its own. It’s unique, yet familiar and Indian yet international. For me, the contradictions complemented each other beautifully and made this song extremely special for me. The song uses instruments such as acoustic guitars, mandolin and one of my most favourite instruments, the accordion. The video, directed by the brilliant Ravi Jadhav brings alive the song in every way that I hoped it would. The whole creative team worked day and night to conceptualise and visualise it. Sufiscore, Ravi and I decided that the song’s classic feel would be best brought alive against the backdrop of Old Colaba and the iconic Taj Mahal Hotel - one of my most favourite landmarks in Mumbai. The idea that we all collectively loved was to capture the entire video in the twilight. The protagonists in the song are seen as a trio performing on a terrace. The man is in the centre while he is flanked by his love interest on one side and a girl who loves him on the other. The entire emotion of the song is captured visually through dance and eyes that speak volumes. Upasana and Aishwarya are two of the most brilliant dancers I know and having them accompany me in this video were extremely special. Their love of music and dance has uplifted this video even more.

One of the challenges we had with our twilight concept was that the video had to be shot in 20 mins to capture all the action against the setting sun. It was one of the most organic and instinctive creative experiences for everyone on set. The whole team rallied together to make this happen and the result speaks for itself.

You and Vishal Dadlani are one of the very few music composers who rely heavily on electronic music when it comes to Bollywood. Over the years has technology helped you grow as a musician? If yes, how?

Music in its purest form comes from the heart. The form of expression, whether acoustic or electronic, is simply a messenger that translates music into different genres or styles. Technology has opened the doors for a global appetite for all kinds of music and it allows us to experiment far more freely than before. Another wonderful role that technology has been playing is in helping musicians reach a wider audience. It’s an exciting time to be making music and to watch your creations being enjoyed by people all over the world.

When you’re making independent music, that time we see you dabble in numerous genres – Melody, Sufi, etc. Why don’t we see these varied genres of music when it comes to your film music?

Bollywood music is created keeping in mind a storyline, a creative brief and a number of other factors. On an independent journey, the world is your canvas. Both are creatively challenging and rewarding in their own ways and I feel blessed and grateful that I can be a part of both these worlds.

Amidst the pandemic, we’ve not been able to attend live shows. How much are you missing doing live shows?

Performing at concerts and singing for and with a live audience is one of my most favourite things in the world. I thrive on the love and energy that I receive from the beautiful people who come to listen to me. I can only say that with every new concert that I perform at, I only feel more love and more happiness from the audience. They have music in their souls and their unconditional support is all an artiste can ever ask for. It’s a blessing to be able to perform for people and share the love of music with millions. No greater gift in this world.

What next can we see coming from you?

I have many more independent tracks lined up. 2022 is promising to be extremely exciting. There’s so much new music that I am eagerly waiting to share with the world.