Actress-singer Shehnaaz Gill has come up with a new song dedicated to her rumoured boyfriend Sidharth Shukla, who passed away on September 2 due to a massive heart attack. 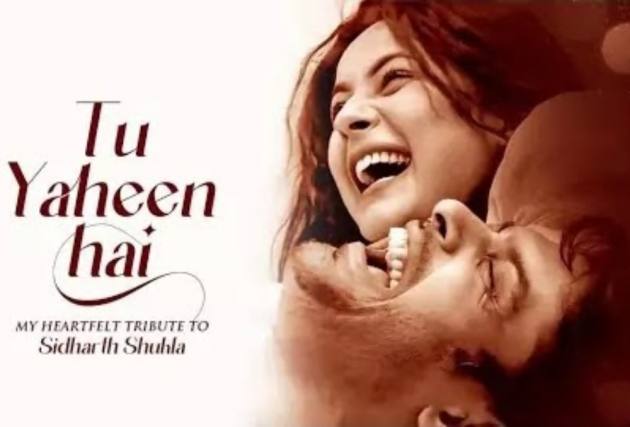 Gill has sung the song, which was composed by music composer Raj Ranjodh. Gill is shown in the music video living a lonely existence in a strange land, lost in her memories of Shukla. She imagines Shukla wiping her tears as he shouts out her name, "Sana."

While the recently recorded video depicts her in a solemn mood, the ‘Bigg Boss 13’ excerpts are vivacious and transport viewers back in time. Gill remembers them chatting, fighting, and making up in the ‘Bigg Boss’ house. A clip from their combined appearance on a TV show is also included. Have a look at the song, right here:

Fans of the couple couldn't stop applauding the video and reminiscing about their special times. The song has already gone to the top of YouTube trends in just a few minutes of its release.

For the unversed, Shukla and Gill met on ‘Bigg Boss 13’ and quickly became famous for their love story. Shukla was chosen the winner, and Gill was one of the finalists. Unfortunately, on September 2, Shukla died after a heart attack. Rumours suggested that the two were going to come out in the open about their relationship and also tie the knot soon.