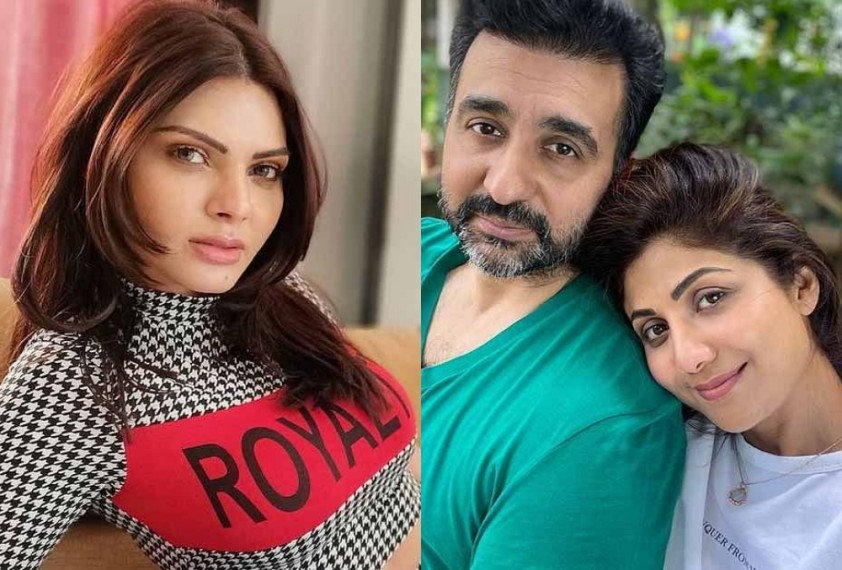 Model turned actor Sherlyn Chopra has said that Raj Kundra and Shilpa Shetty Kundra’s defamation suit against her is “"a weapon to stifle the pursuit of justice". On Monday, the actress has shared screen shots of the reply sent by her legal team in response to the suit filed by the couple.

Here are the first & last pages of my Reply Notice, sent by my Legal Team on Oct 23, 2021 to Ripu Sudan alias Raj Kundra and Shilpa Shetty Kundra with reference to their Defamation Notice. pic.twitter.com/ucjhT7fadx

“Unfortunately, a defamation suit is used as a weapon to stifle the pursuit of justice and free speech. It is used as a tool that can enable the accused to turn the tables and make a culprit out of a victim. A defamation suit falls under the category of what is globally known as SLAPP (strategic law against public participation) suits,” Chopra’s lawyer Suhail Shariff said in a statement.

“A SLAPP suit is intended to censor, intimidate and silence a party from speaking freely and fearlessly by burdening them with the stress and cost of a legal defence until they abandon their criticism or opposition,” he added.

For the uninitiated, Shilpa Shetty and Raj Kundra's lawyers filed a defamation suit against Sherlyn Chopra of Rs 50 Crore, last week. Their lawyers took the step after Sherlyn Chopra filed an FIR against the businessman at Juhu Police Station on October 14. In her complaint, Chopra had alleged sexual harassment and criminal intimidation. She had also called a press conference despite the warning from the couple's lawyers’ side.