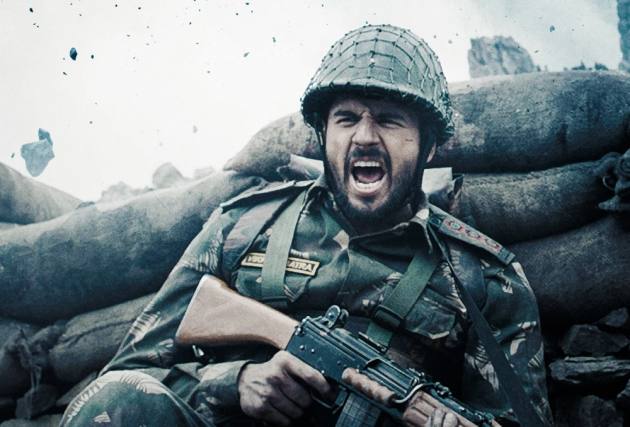 Making a movie based on a real life hero, that too, in a genre that’s most likely to be loved by all, is easy. With every bit of information available to us, a scriptwriter’s job becomes rather less demanding. There is every bit of material available for any filmmaker to sink his teeth into, and not bother about its finale. But it’s also very tricky falling in the treacherous terrain between fact and fiction. Mainly because as a biopic it must have a set of rules: to give viewers a lot more that is not in the public domain. After all, “Yeh Dil Maange More!”

Dharma Productions’ biopic ‘Shershaah’ based on Kargil martyr Captain Vikram Batra, who was commissioned in the Indian Army in the 13th Battalion Jammu & Kashmir Rifles in 1997, and was later promoted to the rank of a Captain in the battlefield itself,  after leading one of the toughest operations in mountain warfare in Indian history. His story was just waiting to be told on celluloid, and deservedly so.

Often referred to as ‘SherShah’ in the intercepted messages of the Pakistan Army, he sacrificed his life during the 1999 Kargil War, and was awarded with the Param Vir Chakra, India's highest and most prestigious award for valour.

Vikram Batra (Sidharth Malhotra, who also plays his twin Vishal) right from his childhood, wanted to join the army. As he grows older he is all set to realise his dream when he falls for the beautiful Dimple Cheema (Kiara Advani) in college and wears undying love for her. Their love blossoms soon and like in any Bollywood film, there is bitter opposition from the girl’s father who would want her settle down with a man from their Sikh community only.

Thereafter in the narrative, after Captain Vikram Batra gets commissioned in the army, all that follows is something most of us are familiar with: sudden attacks from across the border that caught Indian army unawares, and casualties of the young soldiers.

Everything happens in quick succession leaving viewers with little time to ponder, or let some of the action sink in. How an ordinary 25-year-old man could muster up exemplary courage in the harshest circumstances, has to be an extraordinary tale of courage, self-belief, passion and tremendous physical strength too. He was so resolute in his purpose that once he decided on anything he stuck to it. But we don’t get to know much about the man behind such heroic decision making. Hindi movies, in particular, revolve around certain rules, and depending on how you view it, these rules can be a beneficial guide, or a restricting hindrance. When writers adhere too closely to the rules, it’s a familiar territory they are treading on. If they drift apart, it’s a great risk of getting themselves dissociated with the genre that the film is categorised under.

As a film, 'Shershaah' never quite never finds its way. Not that it’s uninteresting, or soporific, or factually incorrect. In fact, it’s a film where Sidharth Malhotra gets a rare chance to look and act the character he plays. It’s an incredible story that seamlessly blends duty, patriotism and determination which are a rich fodder for any film.

Despite having substantial material, director Vishnu Vardhan and writer Sandeep Srivastava don’t take advantage to create a saga that isn’t startlingly innovative. It seems the only thing that they had on their minds was to present Malhotra as a dependable actor who can carry off a film on his strong shoulders all by himself.

Some scenes like the girl’s parents objection to her marrying Captain Batra seem quite forced and quite unnecessary, may be, to digress from war scenes that are aplenty later, or to add some asides just to justify a female lead’s inclusion in the film. But since we are unfamiliar with his personal intimate background, we shouldn’t really crib, and let go of them.  There are other usual suspects too that appear and disappear: our hero’s best friend, the do-gooder hero’s concern for his fellow team members and remains considerate even during the operation on field, a senior getting insecure about our hero’s gallantry etc. I am not hinting even once that Captain Vikram Batra wasn’t a great man. If only, in the 135-minute war saga we could know more about his penchant for bravery and selfless commitment to the country we would have really known him better.

There are some good action sequences that one cannot miss admiring. The frenetic action scenes choreographed by Stefan Richter and Sunil Rodrigues, and the photography of by Kamaljeet Negi shine even if you mind some unnecessary information about the lead pair adding tedium.

‘Shershaah’ starts off with a glimpse into Captain Batra’s life, but soon steers itself into the established war zone where it’s action and precious little else. The martyred Captain’s war cry ‘Yeh Dil Maange More’ when he reported the capture of point 5140. Almost immediately after, he volunteered to be a part of the next mission too, to recapture point 4875. A glance at such a gallant army officer’s life is nevertheless, inspiring, and the film is laudable by that yardstick.

But for viewers who want to peel off layers to have a peep inside Captain Batra are left “asking for more!”