‘Shiddat’ Movie Review: Word Out Romance Will Have Few Takers!

Entertaining first half that had all the frills for an engaging emotional saga, but just fizzles out thereafter! 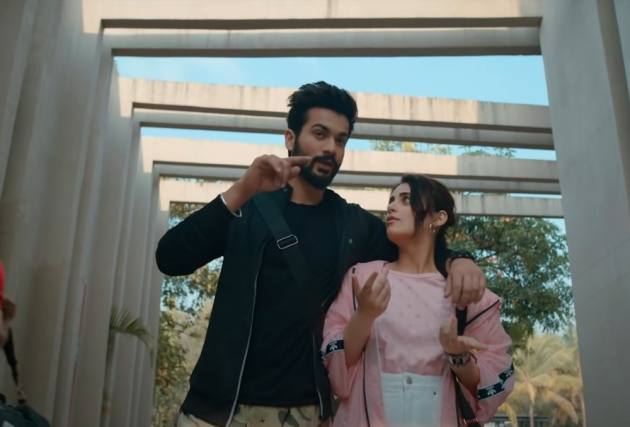 One can't just make people fall in love, isn’t it? According to experts, “Love doesn’t just blossom. It’s way more complicated than that." Or, as Oscar Wilde said, “A flower blossoms for its own joy.”

But our films have always – well- more or less - made us believe otherwise. In nearly all romantic relationships portrayed on celluloid, it all starts with flirting, that artful skill of getting someone to notice you. And then once the boy or the girl has each other’s attention, they build a connection by focusing on what makes the other person happy. If they both sustain a high level of energy for meeting one another’s needs, the attachment between them becomes secure.

Now, that’s a lot of effort you’d agree. More so, in this day and age, when our attention span seems to be diminishing each passing day.

The Kunal Deshmukh directed film ‘Shiddat’, which loosely translates into extreme passion or it’s ‘something that one believes with all one’s heart’, has two parallel love stories running simultaneously. It’s more for the purpose of contrasting a certain desire (read outburst!) and believing in how one’s heart achieves love as opposed to someone who’s fervour and enthusiasm undergoes a radical change once the initial infatuation dies down.

When ace hockey player Jaggi (Sunny Kaushal) notices swimmer Kritika (Radhika Madan), love blooms, not from her end, but solely from his. After literally chasing her, he finds her giving in to his unjustified demands. But he misreads Kritika’s uncertain hesitant approval of his brash ways: she remains unconvinced about his undying love, though at one point, she too, in a moment of passion, indulges in a sexual dalliance with him. But “So what” as she puts it across to Jaggi when he gets to know she is already engaged to another guy and is going to pack her bags and settle down in London. “There isn’t any commitment from my side,” she reminds him, even as he hints at their escapade with a “Woh kya tha?’ (What was that then?)referring to their one-night flirtation and liaison.

Earlier in the film’s opening sequence, when Jaggi gatecrashes into a wedding reception of Gautam (Mohit Raina) and Ira (Diana Penty) ), when he is thrown out, he is so charmed by the groom's emotional speech that he makes its his life’s mission to follow suit.

As luck would have it, love isn’t anyone’s personal property that can be stored and used as and when one desires. And, to seek the joy of achievements, or growth it shouldn’t be for impressing others, but for our own sake. Just as flowers don’t care if they are admired; the joy of their beauty is the natural fulfilment of their destiny.

Jaggi decides to visit the UK as an illegal immigrant in search of his love. And as if it would bring immense joy in his distraught soul, runs into diplomat Gautam- yes the one who had inspired him with his everlasting abiding love – and seeks his advice to look for Kritika.

Unfortunately, things are not the same between Gautam and Ira. He as a Government of India employee has all the reasons to abide by the rules and cannot risk his commitment to his job, whereas she is a social activist, who must help out the illegal immigrants come what may. In one solid exchange between the couple, when an argument about their sense of duty exposes the two as two very different people who were once madly in love, he tries to say reassuringly, ”But I love you, Ira.” And a heartbroken Ira confesses, “I too love you, but I don’t like you anymore.”

I wish this particular aspect of their relationship was explored more in detail. Instead. Both Mohit and Ira and their story is used more as a prop to highlight Jaggi’s overriding love and his riding roughshod over Kriitika’s being.

At this stage of the 146-minute-long film, the narratives dips to degrading heights, never to recover from the abyss of silliness again. Jaggi looks not just wayward and unreasoned lunatic with no sense of direction; while Kritika is not happy in her marital life. At this juncture it’s Gautam who has more to do with Jaggi’s life.

It seems writers Dheeraj Rattan, Pooja Surti and Shridhar Raghavan, as also Deshmukh were unsure how to take their story forward. And that, definitely doesn’t help viewers from trying make head and or tail of this jaded romance and worn-out love theory.

I wish Kaushal who shows promise had more on his hands to prove his mettle. He tries hard for sure but poor writing holds him back. Raina, a great charming actor who also has great screen presence is armed with skills that overshadow lesser actors. But in many of scenes he looks doubtful and undecided of the lines he delivers. Penty could have been given a better role.

For all those who look for a break from monotony, I would suggest them to see the first half as an entertainer that had all the frills for an engaging emotional saga, but just fizzles out thereafter!