The couple, who got married on November 22 in 2009, celebrate their 12th wedding anniversary today (November 22). 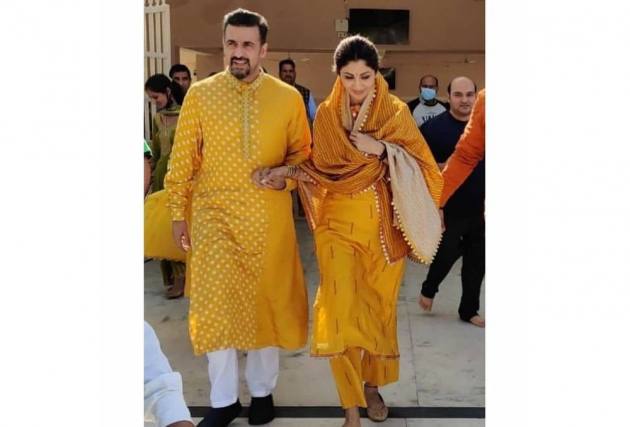 Actress Shilpa Shetty Kundra and businessman Raj Kundra celebrate their 12 year anniversary today (November 22). On this occasion, Shetty posted some precious wedding photos and spoke about "promises, commitment, and faith" in an Instagram note addressed to Kundra on their big day.

The actress penned a heartfelt note in her Instagram post for the duo. "Here's to many more rainbows, laughter, milestones, and our prized possessions... our children." she added.

Shetty also expressed her appreciation to individuals who helped her and her family through their difficult times.

Kundra was detained by Mumbai Police in July in connection with the creation and distribution of pornographic videos using mobile apps. On September 20, he was released from the Arthur Road jail after a Mumbai court granted him bail. A Mumbai-based businessman also filed a cheating case against the pair earlier this month, accusing them of defrauding him of Rs 1.51 crore. Shilpa Shetty, on the other hand, issued a statement denying any involvement in the case.

Shetty and  Kundra have a son named Viaan and welcomed daughter Samisha, last year via surrogacy.