Shivangi Joshi Reacts To Misleading Reports On Her Relationship Status 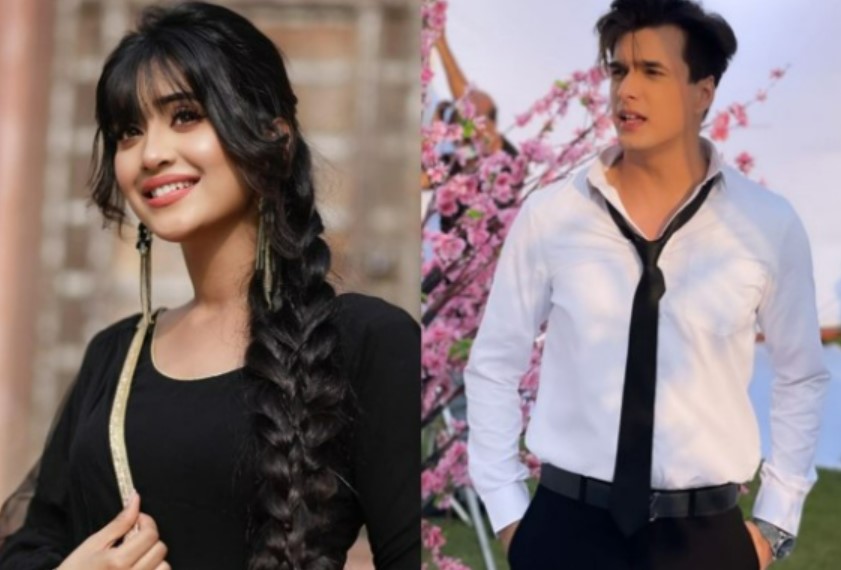 Television actor Mohsin Khan and actress Shivangi Joshi  were a part of misleading rumours over their relationship status. There were rumours that the two were in a relationship, thought wasn’t confirmed by the actors. Later, there were  speculations of a breakup over disagreements. There was no official comment on that either. 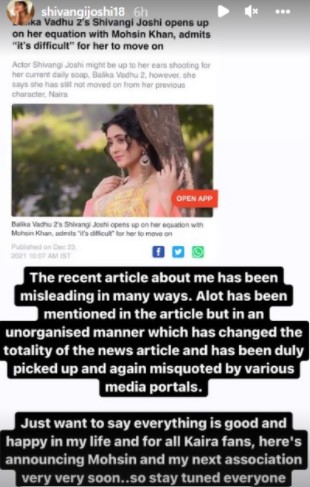 However, Joshi has come forward to break the silence regarding the same. She has shared a screenshot of a conversation from her social media handle, and said that baseless rumours were being spread in her name. She has categorically asked fans not to fall for any of the rumours floating around.

Sharing the screenshot to her followers on her Instagram account, Joshi has said that she had been misquoted in news reports. She states, “I had said that it is very difficult for me to come out of the character of Naira. That’s all. Things have been misrepresented unnecessarily." 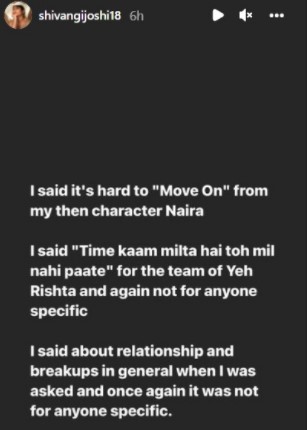 Joshi gave an interview on her 'Balika Vadhu 2' character and said that she was very attached to it and finds it difficult to move on to essay the role of another character. The actress now says that she was misquoted to make itv sound like she was talking about her relationship which wasn’t the case at all. 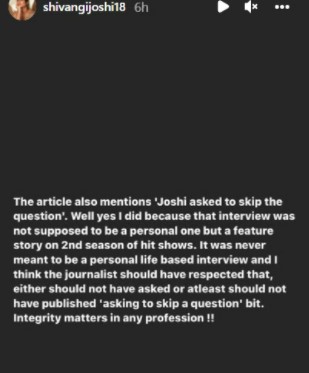 “A latest article about me is misleading people. A lot has been written, which is not true. I just want to say that everything is good and fine in my life."

She further informed fans that she and Khan would be starring together in a new project very soon. Hinting at the new project, she said, “There is great news for all the fans of Naira that Mohsin and my next project will be announced very soon. So make sure to stay in touch."

Fans expressed their joy and said they are awaiting eagerly for the collaboration.

Recently, an unofficial hashtag of the on screen couple's moniker reached one million marked on Instagram. Fans expressed their share of joy on the same.

Fan clubs of Joshi took it to Twitter to thank her for her performances on television:

Shivangians relieving 2021.
Our Shivi gave us so much happiness in 2021.ðÂÂÂ¤²Her interviews, Balika Vadhu 2, O Dilbar Yaara, Naira ki yaadein and so much more. Thank you #ShivangiJoshi for making this year more brighterðÂÂÂÂÂÂÂÂÂâÂÂÂ¤
Love you @shivangijoshi10 #ShivinSupremacy pic.twitter.com/muuVoCpXZC

Fan clubs can't stop gushing over the couple and the 1 million milestone for the hashtag.

On the work front, Joshi feaatures in 'Balika Vadhu 2' which features on colors TV.