Shoojit Sircar on Making A Sequel To 'Vicky Donor': I Will Fail Miserably

Filmmaker Shoojit Sircar has revealed he was offered a lot of amount to make the sequel to his 2012 film 'Vicky Donor', but he had to turn it down. 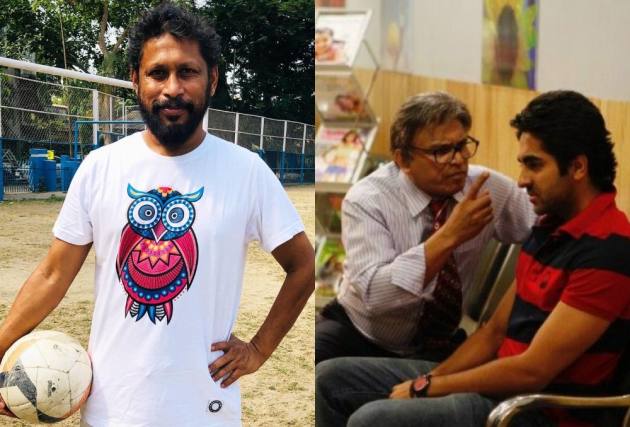 Filmmaker Shoojit Sircar was offered a lot of money to make the sequel to his 2012 hit film 'Vicky Donor', starring Ayushmann Khurrana and ami Gautam, but he refused it since, he believes he cannot make the film again, and in fact added that he would "fail miserably", if he were to do that.

"Post 'Vicky Donor', I was offered loads of money to make its sequel. I had never imagined that kind of money would be offered to me just to make a part two," he said during a virtual session of the India Film Project (IFP).

"They told me, 'Just do whatever but make it.' But if you ask me to make 'Vicky Donor' again, I won't be able to. I don't think I am capable enough to make it again. I will fail miserably," added Sircar.

'Vicky Donor' was Sircar's third feature, after the 2005 war drama 'Yahaan' and the unreleased Amitabh Bachchan-starrer 'Shoebite'. Post the film, Sircar went on to helm acclaimed titles such as 'Madras Cafe', 'Piku', 'October', 'Gulabo Sitabo' and his latest, 'Sardar Udham'.

The director said he approaches his films like a calling, gravitating to what he wants to make next without following any pattern.

"If you are listening to one particular song, for a few days you just want to listen to that song. That track becomes you... it changes your life for that particular period. That's what cinema does to me. I work with one particular idea and it wraps me up. For me, it is all intuition and then I jump into it," he added.

His latest film stars Vicky Kaushal in the titular role of the freedom fighter, who assassinated Michael O'Dwyer, the former Lieutenant Governor of Punjab in British India in 1940, to avenge the 1919 Jallianwala Bagh massacre.

Sicar, who is currently basking in the glorious reviews of the film which released on Amazon Prime Video recently, said the toughest part of the project was getting the cast right.

The makers had first cast Irrfan Khan for the biopic, but after the actor exited the project owing to his ill health, Kaushal was brought in. Khan passed away last year in April after a two year-long battle with a rare form of cancer.

"If you ask me what gave me sleepless nights... It was when what happened to Irrfan and I had to move on from the project to Vicky. That was a huge conflict, a challenge. Yes, Vicky and I had met, discussed it with him, we both had committed (to the project)...

"So we took it step-by-step. He tried the costumes and I felt slightly assured. Then we called for prosthetics to see if he looked the part, and did some photoshoots... I could see that innocence, enthusiasm in him," the filmmaker said.