The 36-year-old singer took to Instagram to declare that she is she is expecting her first child with her husband, entrepreneur Shiladitya Mukhopadhyaya. 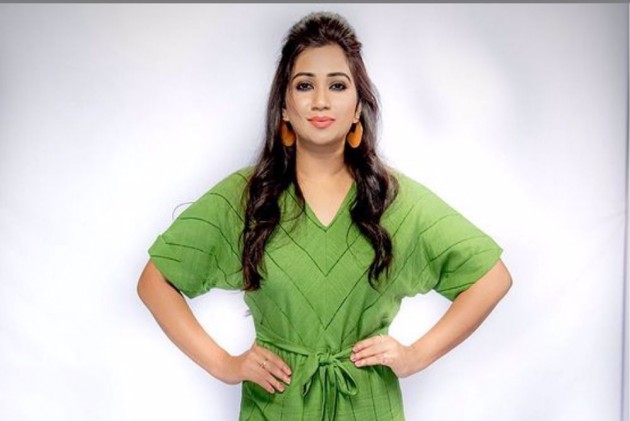 Popular playback singer Shreya Ghoshal on Thursday announced her pregnancy on social media sharing a picture of herself flaunting and cradling her baby bump.

The 36-year-old singer took to Instagram to declare that she is expecting her first child with her husband, entrepreneur Shiladitya Mukhopadhyaya.

"Baby #Shreyaditya is on its way! @shiladitya and I are thrilled to share this news with you all," Ghoshal captioned the photo.

"Need all your love and blessings as we prepare ourselves for this new chapter in our lives," she added.

The singer tied the knot with Mukhopadhyaya, 37, in 2015 after a courtship of almost a decade.