Shruti Haasan Reacts To Instagram User Asking About Her Breakups

Shruti Haasan responded to an Instagram user who questioned about her break-ups. Here's what she had to say. 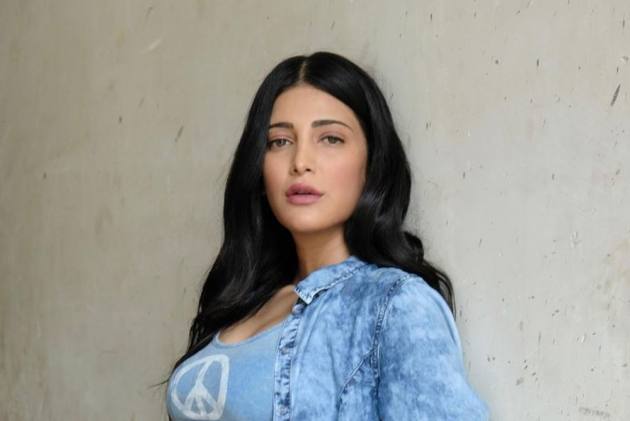 Actress Shruti Haasan has reacted to an Instagram user who inquired about the number of break-ups she had experienced. Haasan responded to the question during an Ask Me Anything (AMA) session on her Instagram.

The user asked her, "How many break-ups you have?" to which Shruti Haasan responded, "How many girlfriends have you had? I'm guessing zero or maybe half." Haasan altered the query altogether and gave the response her own twist as she smiled. 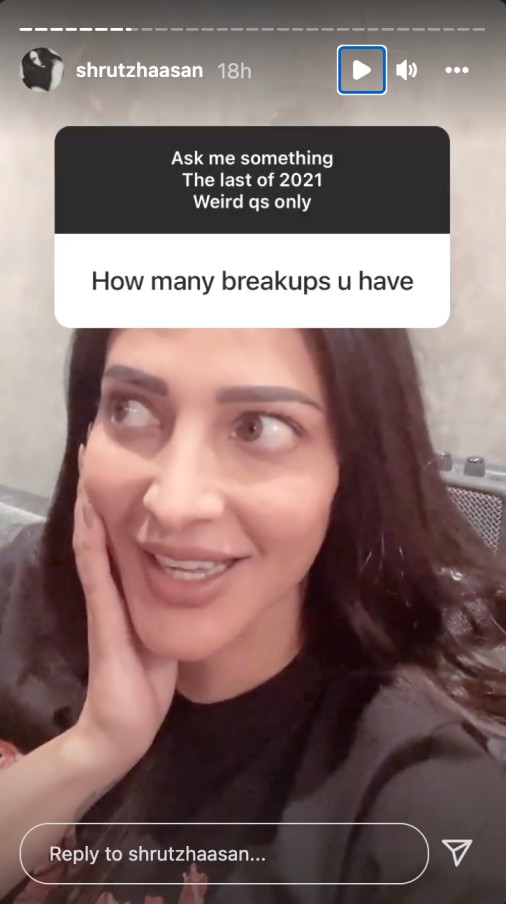 Haasan is presently in a relationship with Santanu Hazarika, and she discussed her love life with Mandira Bedi on her talk show 'The Love Laugh Live Show' last month. When questioned if she wanted to hide her relationship with Hazarika, Haasan had said, “I hid a lot in the past. I have been very particular. I have been like, ‘Oh my God, I am totally single’ for the longest time. Because people were like ‘you have to appear that way, you have to appear desirable, available’."

She added, "And one day I was like, ‘For whom? For what?’ I also felt like it was disrespectful to my partner-- to hide it. It may or may not work out, we don't know but I think it's important to respect your environment and the people in it.”

Previously, Haasan was in a relationship with Michael Corsale, however, they split up in 2019. She spoke about her break-up on the reality show 'Feet Up With the Stars,' hosted by Lakshmi Manchu. "I was the cool type. I was very innocent and everyone would boss around me. I am a very emotional person that's why they could take over. I would say, it was a very good experience for me," India Today quoted her as saying.

The actress had also said, "Even now there is no formula. Good people are good at good times and the same people are bad at times. But I have no regrets. It was overall a good experience for me. I have learnt a lot and it was a learning experience. But I always look for that one great love and I will be happy to announce that this is the one I have been waiting for."

Shruti Haasan is the daughter of actor Kamal Haasan and actor Sarika, his ex-wife. Akshara Haasan is Shruti Haasan's younger sister. The actress was most recently seen in the Tamil film 'Laabam.'