Actor Siddharth who responded to Badminton player Saina Nehwal's tweet with a controversial statement, has now apologized and deleted the tweet. 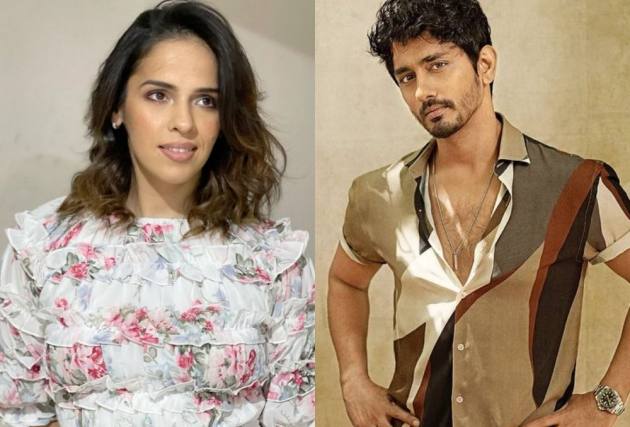 Actor Siddharth on Tuesday night (January 11) issued a public apology to badminton player Saina Nehwal for his ‘Rude Joke’ and explaining that ‘his word play and humor had none of the malicious intent.’

On January 6, the actor retweeted a post by Nehwal in which she voiced her concern about Prime Minister Narendra Modi's security breach during his Punjab visit on January 5.

In the controversial tweet, which now stands deleted, the actor had written: “Subtle cock champion of the world… Thank God we have protectors of India. Shame on you #Rihanna.”

He was responding to Saina's tweet that read: “No nation can claim itself to be safe if the security of its own PM gets compromised. I condemn, in the strongest words possible, the cowardly attack on PM Modi by anarchists. #BharatStandsWithModi #PMModi.”

In response to Siddharth's tweet, Nehwal, who is also a BJP member, said, "I used to like him as an actor but this was not nice. He can express himself with better words but I guess it's Twitter and you remain noticed with such words and comments."

The National Commission for Women (NCW)  had termed Sidharth's tweet as being "misogynist and outrageous to the modesty of a woman amounting to disrespect and insult to dignity of women on social media platform”.

As reported by The Indian Express, Nehwal’s father Harivir Singh Nehwal, said that, “I have gone through all the details. Whatever he (Siddharth) said is not right. I got to know that he is a big actor in the South. He used very wrong words against Saina. It`s very wrong for him to give such derogatory statements.”

“I spoke to Saina over phone and she said that she didn’t like someone writing about her. Even other organisations like National Commission for Women came in support and said that was very bad and never heard these type of words coming from a gentleman”, he continued.

He added that the actor should send an apology to his daughter. “We condemn the statement given by him and he should apologize for his actions, whether it has been given intentionally or unintentionally. It is not good for a woman to be called by these words,” he concluded.